Nashik is known for cultivating grapes and pomegranates, but thanks to the efforts of the farmer, Pandharinath Nevba Hyalij, the north Maharashtra district has added apple to the list. 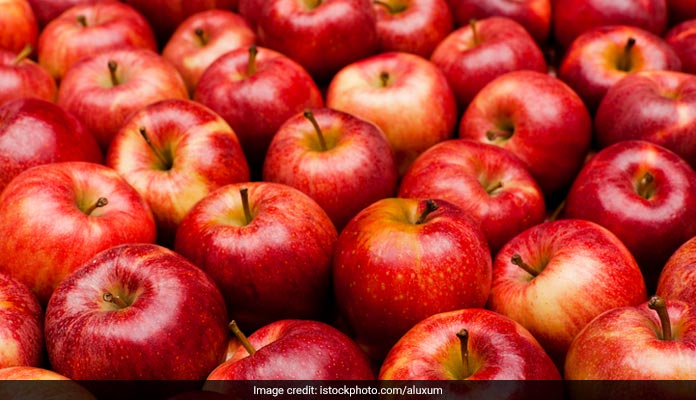 Apple in India is generally associated with Jammu & Kashmir and Himachal Pradesh, but an enterprising farmer in Maharashtra's Nashik district has successfully cultivated the popular fruit in his farm.

Nashik is known for cultivating grapes and pomegranates, but thanks to the efforts of the farmer, Pandharinath Nevba Hyalij, the north Maharashtra district has added apple, otherwise associated with cold climate, to its list of horticulture crops.

Mr Hyalij, a resident of Akhatwade village in Satana taluka, wanted to do something different. On an experimental basis, he planted 25 to 30 apple plants in around 10 ''gunthas'' of land (0.25 acres) and his efforts bore fruit as he has successfully cultivated apples in his farm.

"I have a pomegranate orchard and grape vineyard also, but I wanted to do something different and therefore I opted for apple farming. I am satisfied with the success I have got," Mr Hyalij was quoted as saying by the local media.

Agro produce from Nashik district are exported across the globe. Satana and Baglan talukas of the district are known for producing export quality grapes and pomegranates.

But due to ''mar'' and ''telya'' diseases on pomegranates, many farmers in the region opted for maze and onion crops.

However, Mr Hyalij decided to grow apples in his farm and with his successful experiment, he has become a trendsetter in the district, where many agriculturists are now thinking of undertaking apple farming.

How Most Wanted Criminals Kala Jathedi And "Revolver Rani" Were Caught