"Injustice To Lockdown" Says Nitish Kumar On Buses For Students

Bihar CM Nitish Kumar: The BJP government in Uttar Pradesh government has sent buses from Agra and Jhansi to Kota, the hub of coaching classes that attract students from across the country aspiring to study in engineering and medical colleges. 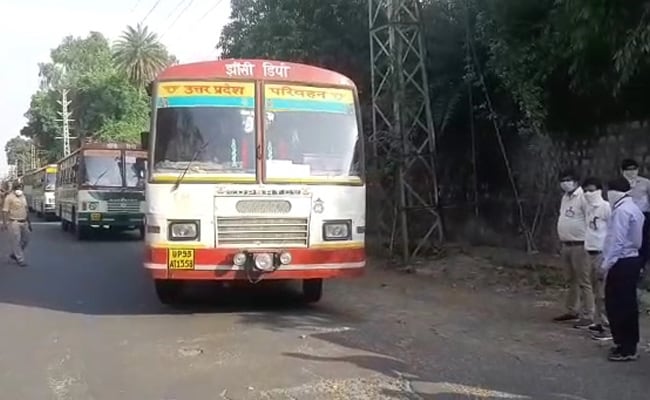 As 300 buses set out of Uttar Pradesh on Friday to pick up students stranded in Kota in Rajasthan, Bihar Chief Minister Nitish Kumar called it "injustice" and against the principle of the nationwide lockdown to slow the spread of coronavirus.

The BJP government in Uttar Pradesh has sent buses from Agra and Jhansi to Kota, the hub of coaching classes that attract students from across the country preparing for competitive exams for engineering and medical colleges. Thousands of students have been stranded since last month in the town, which has reported six COVID-19 cases.

Nitish Kumar, a key BJP ally, was vocal about his objection to the move by the Yogi Adityanath government, which he said would defeat the purpose of the lockdown at a time social distancing is critical and any gathering could exacerbate the contagion. Besides, the Bihar government believes, it makes it look like states are facilitating students yet "making excuses" when it comes to migrants unable to return to their home states.

"The way special buses are being sent to ferry students from Kota, it is injustice with the principle of the lockdown," the Bihar Chief Minister told NDTV.

His government wrote to the central home ministry three days ago when a group of 300 students from Kota arrived in Patna, mostly in taxis, armed with permission to travel.

"This will open up a Pandora's box. If you allow students, on what grounds can you stop migrant labourers who are also stuck," Bihar Chief Secretary Deepak Kumar said in the letter urging that special permits granted by the Rajasthan government be stopped.

Voicing concern about students returning in large numbers, at the risk of spreading the infection, Mr Kumar said coaching classes in Kota should be resumed in a staggered manner.

Many of the buses arrived in Kota this evening.

"The buses are being sent to bring back kids who are stuck in Kota. We are sending food, water bottles, masks and sanitisers. Each bus will be able to bring back 25 kids. Some buses will also be sent from Jhansi," a senior government official in Agra said.

Rajasthan Chief Minister Ashok Gehlot said like UP, other states could also make arrangements to bring back their students.

Prime Minister Narendra Modi on Tuesday extended the lockdown to May 3. While the move is seen by many as crucial to prevent a spike in virus cases, it has left migrants across the country -- left without jobs or shelter -- even more desperate. While public transport will remain suspended, the government has issued guidelines to allow, after April 20, some industrial, manufacturing and construction activity to restart the economy and to reduce the distress of migrants.