Informal Presentation Was Made: Missile Scientist On Former NSA's Remark 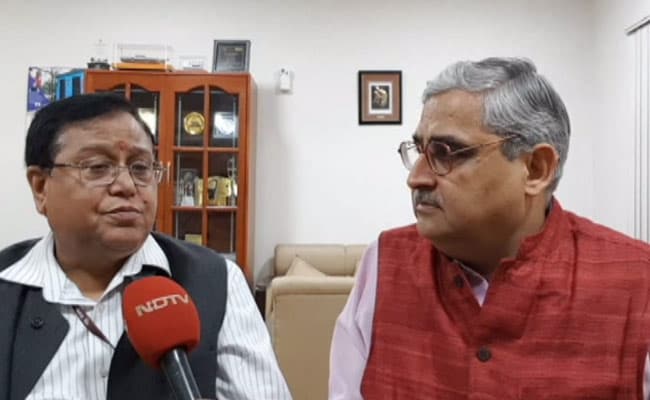 Former National Security Advisor (NSA) Shivshankar Menon's comments that permission was not sought during the UPA regime for testing of an anti-satellite (A-SAT) missile are "erroneous" and "a flight of imagination," said former Defence Research and Development Organisation (DRDO) chief Dr VK Saraswat on Sunday.

Shivshankar Menon had made the comments during an interview recently after missile scientist VK Saraswat claimed that the "building blocks" for Mission Shakti project existed since 2005, but lack of initiative on the part of the former UPA government prevented such an anti-satellite missile test from being conducted over the years.

Dr Saraswat said he had made an "informal presentation" to him and as there was no response from the government and no necessary financial resources were provided, they did not go ahead with the programme.

Dr Saraswat, a member of the NITI Aayog, retired as head of DRDO in 2013.

"At that time, we had said that we are going to do two experiments, one with electronically-simulated satellite trajectory and launching an interceptor against that to avoid debris in the environment. On the success of this, we had planned to do a test with the real satellite trajectory," he said.

"It was during the tenure of Manohar Parrikar as the Defence Minister of India that the proposal was put forth by Dr G Satheesh Reddy, current Scientific Advisor to Defence Minister Nirmala Sitharaman. National Security Advisor Ajit Doval shared the details with Prime Minister Narendra Modi. The importance of such technology was highlighted to him. The Prime Minister showed the courage and vision to go ahead with the project," he said.

India shot down one of its satellites in space with an anti-satellite missile or A-SAT and has now established its place in an elite club of space powers, Prime Minister Narendra Modi announced on Wednesday in a televised address to the nation.