Former US Senator Larry Pressler said the focus of Indo-US bilateral partnership should be on 'agriculture, technology and health care' 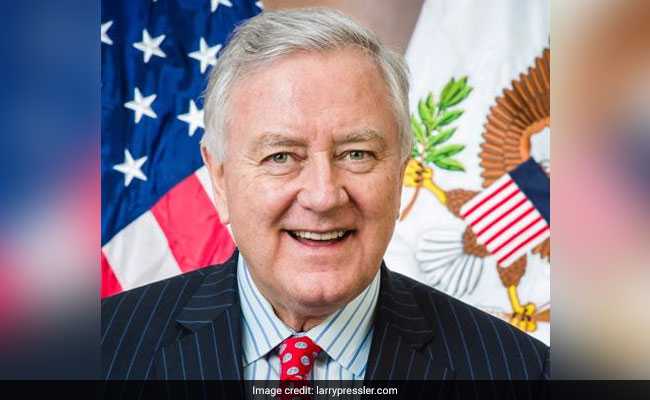 New Delhi: The civil nuclear cooperation agreement between India and the US is more of an "arms deal", but the focus of the bilateral partnership should be on "agriculture, technology and health care", former US Senator Larry Pressler said today. Mr Pressler, who has served as chairman of the US Senate's Arms Control Subcommittee, also had a word of caution for Pakistan.

He said if Pakistan did not act on terrorism, the Trump administration could declare it "a terror state". "I would love to see peaceful use of nuclear energy, but I am worried that so far it (nuclear agreement) has mostly been an arms deal. It seems to me that much of the new agreement is a large arms sale to Indians," Mr Pressler said.

The former US Senator was speaking during the launch of his book.

India and the US signed the nuclear cooperation agreement in October 2008, ending India's isolation by the West in the nuclear and space arena. The deal has given a significant boost to India's nuclear energy production.

Promoted
Listen to the latest songs, only on JioSaavn.com
Mr Pressler said former US President Barack Obama's visit to New Delhi was "largely an arms sale trip". On whether the US could declare Pakistan a "terror state", he said, "Unless Pakistan does not change certain things, it may happen. Moreover, the Trump administration is making sounds that they are getting near this. And I hope they do."

Mr Pressler is known for advocating amendments in the 1990s which banned most of the economic and military assistance to Pakistan, unless the US President certified on an annual basis that Islamabad did not possess nuclear explosive devices.