"Whether it's in our growing maritime and naval cooperation, the Quad, India's Act East Policy, there's virtually no daylight in our approaches to the Indo-Pacific," she said. 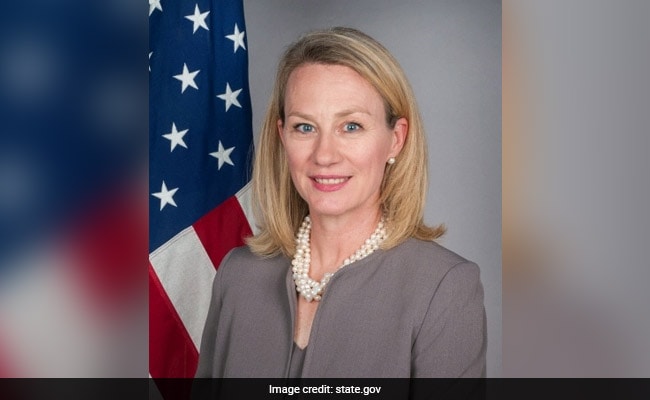 India is moving away from having a passive foreign policy to the one vigorously advancing its interests, a top American diplomat said Friday, attributing the trend to New Delhi's "broadening strategic horizons" over the past two decades.

"It's clear that India's broadening strategic horizons over the past two decades have resulted in a shift away from a passive foreign policy to the one that advances Indian interests more vigorously," acting Assistant Secretary of State for South and Central Asia Alice Wells told reporters at a news conference.

Ms Wells, who has just returned from a trip to the region besides attending the Raisina Dialogue in New Delhi, said nowhere this shift is more visible than in the Indo-Pacific region.

"Whether it's in our growing maritime and naval cooperation, the Quad, India's Act East Policy, there's virtually no daylight in our approaches to the Indo-Pacific," she said.

While in New Delhi, she had meetings with her Indian counterparts, which she said were focused on how to build on the diplomatic and defence gains achieved during the 2+2 ministerial dialogue last December.

The two countries also remain focused on achieving a trade deal that promotes fairness and reciprocity, she noted.

"The visit also offered an opportunity to hear more regarding developments with India's Citizenship Amendment Act, which is undergoing, I would say, a vigorous democratic scrutiny, whether it's in streets, by the political opposition, media, or the courts. We continue to underscore the importance of the principle of equal protection under the law," Ms Wells said.

"On Jammu and Kashmir, I was pleased to see some incremental steps, including the partial return of internet service in Kashmir," she told reporters.

She also described the visit by US ambassador and other foreign diplomats to Jammu and Kashmir as "a useful step".

"We also continue to urge the government to permit regular access by our diplomats, and to move swiftly to release those political leaders detained without charge," Ms Wells said.