As Much As 97% Of Banned Notes Are Back In Banks: Report 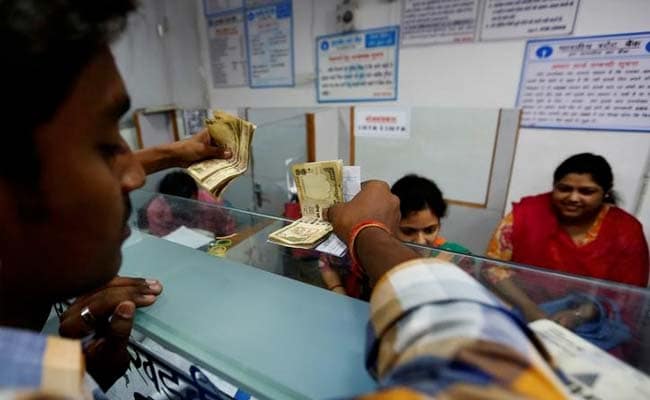 Banks have received 14.97 trillion rupees as of Dec. 30, the deadline for handing in the old bank notes.

Indians have deposited nearly all the currency bills outlawed at the end of the deadline last year, according to people with knowledge of the matter, dealing a blow to Prime Minister Narendra Modi's drive to unearth unaccounted wealth and fight corruption.

Banks have received 14.97 trillion rupees ($220 billion) as of Dec. 30, the deadline for handing in the old bank notes, the people said, asking not to be identified citing rules for speaking with the media. The government had initially estimated about 5 trillion rupees of the 15.4 trillion rupees rendered worthless by the sudden move on Nov. 9 to remain undeclared as it may have escaped the tax net illegally, known locally as black money.

A full validation of the bank notes is a set back for Modi who had been relying on this move to burnish his administration's corruption fighting credentials and boost its popularity ahead of key state elections. The anti-corruption measure has dented economic growth and forced millions into lengthy bank queues, although it remains broadly popular.

"The prime minister had been ill advised and the government was not prepared to handle the situation," said Nilakantha Rath, honorary fellow at the Indian School of Political Economy. "The government expectation has been belied."

Private indicators published over the past week signal that the $2 trillion economy will be hurt by the cash clampdown, raising fears that a continued slowdown will strip India of its position as one of the world's fastest-growing major economies. The Nikkei India Services Purchasing Managers' Index shrank in December, the second straight month of contraction, a report showed.

The benchmark stock index ended little changed in Mumbai on Wednesday, while the rupee strengthened 0.4 percent to 68.0450 a dollar the yield on the 10-year sovereign bond fell to 6.36 percent from 6.44 percent.

Banks have disbursed about 8 trillion rupees in new currency bills, the people with knowledge of the matter said. The figures of bank notes deposited are provisional and may change, they added. Finance Ministry's spokesman D.S. Malik didn't respond to a call and a message sent to his mobile phone.

Uttar Pradesh, a bellwether state of 200 million people that sends more representatives to India's upper house than any other region, will vote in seven phases between Feb. 11 and March 8, chief election commissioner Nasim Zaidi said Wednesday. Punjab and three other states will also vote during this period to select a local government. All results will be announced March 11.

Promoted
Listen to the latest songs, only on JioSaavn.com
Although Modi's credibility has been dented, the jury is out on the long-term economic and political fallout. So far his public support remains strong, with some standing in lines waiting to access cash still voicing their approval of his decision to target unaccounted wealth.