The deployment of the Indian Navy warship in the South China Sea had a desired effect on the Chinese Navy and security establishment as they complained to the Indian side during diplomatic level talks, sources told news agency ANI. 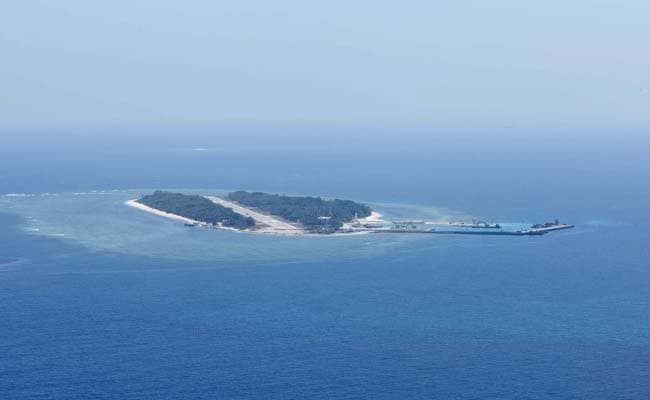 The Indian warship was constantly updated about other military vessels there, ANI said. (File)

Acting swiftly after the Galwan valley clash on June 15 in Eastern Ladakh, the Indian Navy sailed out its frontline warship for deployment in the South China Sea much to the displeasure of the Chinese who raised objections over the move during the talks between the two sides.

The Chinese have been objecting to the presence of Indian Navy ships in the region where it has significantly expanded its presence since 2009 through artificial islands and military presence.

"Soon after the Galwan clash broke out in which 20 of our soldiers were killed, the Indian Navy deployed one of its frontline warship to the South China Sea where the People's Liberation Army's Navy objects to the presence of any other force claiming the majority of the waters as part of its territory," government sources ANI.

The immediate deployment of the Indian Navy warship in the South China Sea had a desired effect on the Chinese Navy and security establishment as they complained to the Indian side about the Indian warship's presence there during the diplomatic level talks with the Indian side, the sources said.

During the deployment in the South China Sea, where the American Navy had also deployed its destroyers and frigates, the Indian warship was continuously maintaining contact with their American counterparts over secure communication systems, the sources informed.

As part of the routine drills, the Indian warship was being constantly updated about the status of the movement of military vessels of other countries there, they said adding that the entire mission was carried out in a very hush-hush manner to avoid any public glare on Navy's activities.

Around the same time, the Indian Navy had deployed its frontline vessels along the Malacca Straits near the Andaman and Nicobar Islands and the route from where the Chinese Navy enters the Indian Ocean Region to keep a check on any activity of the Chinese Navy. A number of Chinese vessels also pass through the Malacca Straits while returning with oil or taking merchant shipments towards other continents.

The sources said the Indian Navy is fully capable of checking any misadventure by the adversaries on either the eastern or the western front and the mission-based deployments have helped it to control the emerging situations effectively in and around the Indian Ocean Region.

The Navy also has plans to urgently acquire and deploy autonomous underwater vessels and other unmanned systems and sensors to keep a close eye on the movement of PLAN from Malacca Straits towards the Indian Ocean Region, the sources said.

The Navy is also taking care of the Chinese vessels present around the Djibouti area and has deployed its assets in the vicinity for protecting national interest.

Fresh Downpour In Parts Of Kerala; 65 Killed Due To Rains In Uttarakhand