According to reports it is learnt that Mr Bisaria left Islamabad on Saturday and arrived in the countryvia Dubai. 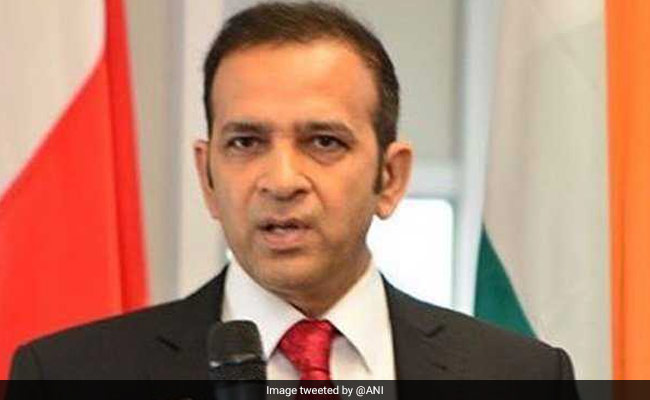 Sources say Ajay Bisaria is back in Delhi

Indian High Commissioner to Pakistan Ajay Bisaria has returned to India, days after Islamabad expelled him following its decision to downgrade diplomatic ties over the withdrawal of special status to Jammu and Kashmir.

Sources said Mr Bisaria is back in Delhi as Pakistan did not heed to India's request to review its decision to downgrade diplomatic ties.

Pakistan has already made it clear that it will not send its newly-appointed High Commissioner Moin Ul Haque to India. Mr Haque was appointed to the post three months after the previous Pakistani envoy Sohail Mahmood took charge as Pakistan's foreign secretary.

It is learnt that Mr Bisaria left Islamabad on Saturday and arrived in the country via Dubai.

Pakistan on Wednesday expelled Bisaria, soon after deciding to downgrade diplomatic ties with India over what it called New Delhi's "unilateral" decision on Jammu and Kashmir.

On Thursday, India urged Islamabad to review its decision to downgrade diplomatic ties with it. The external affairs ministry ministry said India regretted the steps announced by Pakistan, asserting its decision on Jammu and Kashmir was an internal affair.

India has been maintaining that its decision on Jammu and Kashmir was an internal affair aimed at ensuring overall welfare of the region.

"It is not surprising that such developmental initiatives that could address any disaffection in Jammu and Kashmir should be negatively perceived in Pakistan, which has utilised such sentiments to justify its cross-border terrorism," the Ministry of External Affairs said on Thursday.