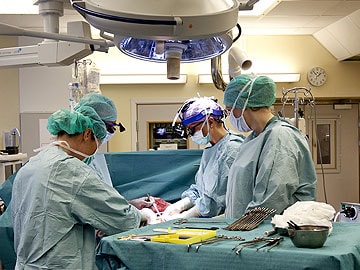 The Indian American owner of billing firm, Engage Medical, agreed to pay a fine of $3.3 million along with three others to settle alleged medical overbilling fraud. (File photo)

Washington: An Indian American owner of a billing firm, who agreed to pay a fine of $3.3 million along with three others to settle alleged medical overbilling fraud, has said he and his company committed no crime.

He said the government's original claim sought many millions of dollars in recovery and in order "to avoid an expensive and time-consuming defence, Engage determined to agree to a settlement that was only a small percentage of the original claim".

"Now that the case has been settled, it is unfair and irresponsible for the government to make such non-factual, derogatory comments to the public when it, too, decided to settle out of court, when the cost of litigation is so high, and when there is no evidence of fraudulent intent," Mr Puri said.

Early this week, the US Attorney's Office for District of Maryland said the medical firm and its owner Mr Sanjay Puri, and three medical practices that were its clients have agreed to pay a total of $3.3 million to resolve claims that the company overbilled for nuclear stress tests.

"When medical providers can enrich themselves at taxpayers' expense by falsely representing that they provided expensive procedures, the government must be vigilant in pursuing fraudulent claims," said US Attorney Rod Rosenstein.

Promoted
Listen to the latest songs, only on JioSaavn.com
"Anyone who knowingly reports false medical billing codes to induce the government to pay more money is lying, cheating and stealing," he had said.

Mr Puri is also the chairman of the US India Political Action Committee, which has been lobbying for the BJP.