The Air Force said two parachutes were visually sighted, which were corroborated by radio communication intercepts.

Radar images of an air battle between Indian Air Force (IAF) pilot Abhinandan Varthaman and a Pakistani jet during a February dogfight were shown by the air force today as "irrefutable proof" that a Pakistani F-16 fighter jet had been shot down by India. Last week, American news publication Foreign Policy had contradicted India quoting unnamed US defence officials as saying that Islamabad's F-16s were counted and "none were missing."

"The IAF has irrefutable evidence of not only use fact that F-16 was used by PAF on 27 February but also that an IAF MiG21 Bison shot down a PAF F-16," said Air Vice Marshal RGK Kapoor, the Assistant Chief of Air Staff (Operations and Space).

The government had said that in an aerial duel on February 27 - a day after India sent fighter jets to Pakistan's Balakot to strike a terror training camp - pilot Abhinandan Varthaman had engaged with one of the Pakistani fighter jets that tried to target Indian military facilities, and shot it down before he was hit and forced to eject. Abhinandan Varthaman landed across the Line of Control and was in Pakistani custody for three days before he was returned to India amid attempts to de-escalate the crisis between the two sides. 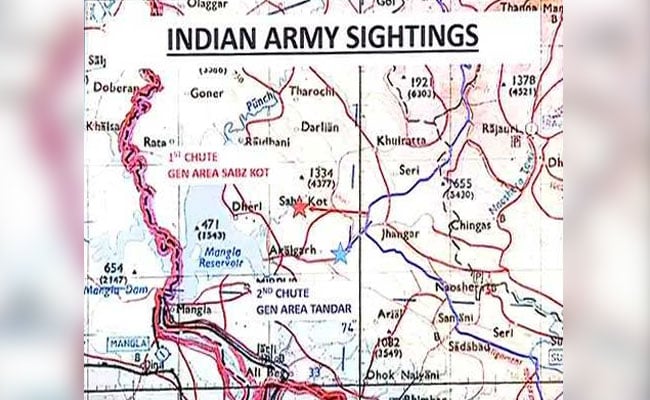 The radar image of the shooting of the F-16

The Air Force today said Pakistani aircraft fired multiple AMRAAM missiles which were defeated. "In the aerial combat that followed one MiG 21 Bison of the IAF piloted by Wing Commander Abhinandan shot down one F-16 of PAF. As shown in radar image on the slide. The F-16 crashed and fell across the LOC. The IAF lost one MiG21 in the aerial engagement and Abhinandan ejected safely but his parachute drifted across the Line of Control, and he was taken into custody by Pakistan Army," said the Air Vice Marshal.

The Air Force said two parachutes were visually sighted, which were corroborated by radio communication intercepts. Even Pakistan Prime Minister Imran Khan had on camera indicated "more than one pilot". These conclusively proved that two aircraft had gone down that day in the same area, separated by around 1 to 1.30 minutes.

"The IAF has more credible information and evidence that is clearly indicative of the fact that PAF has lost one F-16 in the air action on the 27 February. However, due to security and confidentiality concerns, we are restricting information being shared in the public domain," said the officer. 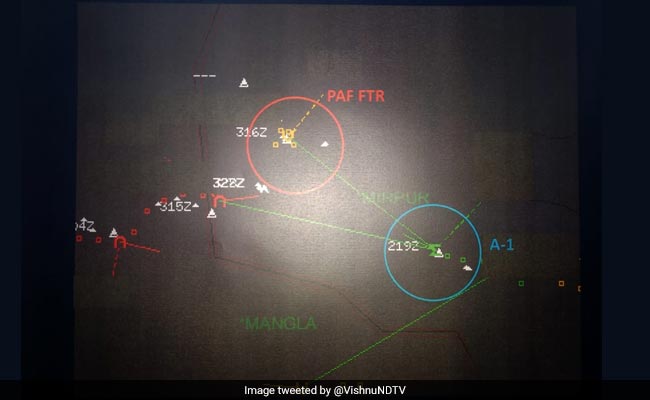 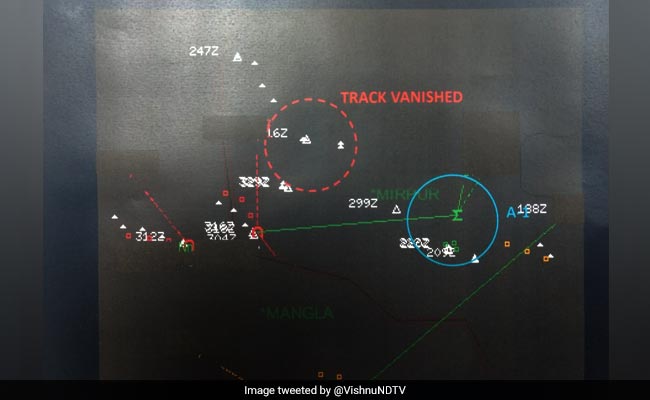 8 seconds later, track of F-16 being targeted disappears. 2 other F-16 hostiles continue being tracked (inverted U symbol) on the left

According to the Foreign Policy magazine, Pakistan had invited the United States to physically count its F-16 planes after the incident as part of an end-user agreement signed when the foreign military sale was finalized. "A US count of Pakistan's F-16 fleet has found that all the jets are present and accounted for, a direct contradiction to India's claim that it shot down one of the fighter jets during a February clash," Lara Seligman of the magazine reported.

The report came days before voting starts for the national election from Thursday. Prime Minister Narendra Modi and other top BJP leaders have been accused by the opposition of using the Balakot air strike, which was in response to the February 14 Pulwama terror attack, in their campaign speeches.