As part of the state's preparedness to deal with any contingency in view of the IAF strike, Chief Minister Amarinder Singh chaired a high-level law and order review meeting and ordered a spate of measures. 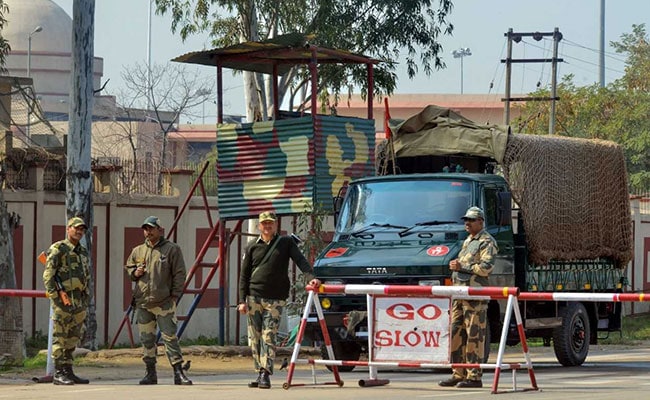 Punjab has its put its six border districts on high alert in the wake of the Indian Air Force's strikes on a Jaish-e-Mohammed terror camp in Pakistan, officials said.

As part of the state's preparedness to deal with any contingency in view of the IAF strike, Chief Minister Amarinder Singh chaired a high-level law and order review meeting and ordered a spate of measures.

The meeting arrived at the conclusion that there was no need to panic and decided against evacuating the border areas, an official spokesperson said.

They said the deputy commissioners and the police chiefs of the border districts have been asked to put in place all contingency plans to ensure the protection and safety of the citizens.

As a confidence-building measure, the chief minister will himself visit the border areas from Pathankot to Ferozepur by road tomorrow, the spokesperson said.

Amarinder Singh's media Advisor Raveen Thukral, who was also present at the meeting, said the CM directed the officials to monitor the situation closely and remain alert.

The state government was in touch with the Union home and defence ministries to remain abreast of the situation, he said.

The government was fully prepared to deal with any eventuality, Mr Thukral added.

The Chief Minister, who spoke to Union Home Minister Rajnath Singh, on the situation, earlier tweeted his full support for the strikes.

"Great job by the #IndianAirForce. The #IAFStrikes have sent the much needed signal to Pakistan and the terrorists it's harbouring - don''t think you can get away with acts like the #PulwamaAttack. Bravo to the #IAF men and my full support for the action," he wrote.

Immediately after the deadly Pulwama attack on a CRPF convoy, Amarinder Singh, a former Army captain, had made it clear that he was in favour of a strong retaliatory action and that the Congress would support any action taken by the central government.

An emotional Mr Amarinder had also said if Pakistan Prime Minister Imran Khan could not arrest the JeM chief, who operates from the Pakistani soil, then "we will do it for him".