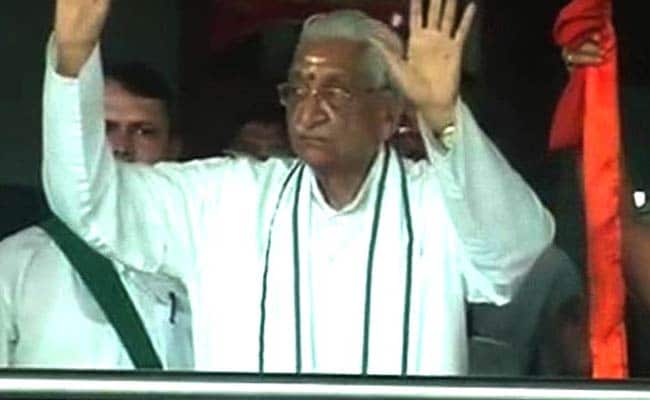 New Delhi: Hailing the victory of BJP led National Democratic Alliance in the 2014 general elections as a "revolution" in the country, Vishwa Hindu Parishad (VHP) patron Ashok Singhal claims that India will be a Hindu nation by 2020.

The patron of the Hindu organisation also termed the electoral win as ending 800 years of "slavery". Mr Singhal said, "This is not a modest revolution. It will not remain confined to India but present a new ideology before the world."

The 88-year-old was speaking at a programme for release of a book on the life and work of former Rashtriya Swayamsevak Sangh (RSS) chief K S Sudarshan, who passed away last year. Among others, Union External Affairs minister Sushma Swaraj was present on the occasion.

The Vishwa Hindu Parishad is an affiliate of the BJP's ideological mentor, the RSS which heads the Sangh Parivar, an umbrella of Hindu nationalist organisations.