The India Meteorological Department said the monsoon is likely to reach the national capital three to four days earlier than the usual date of June 27. 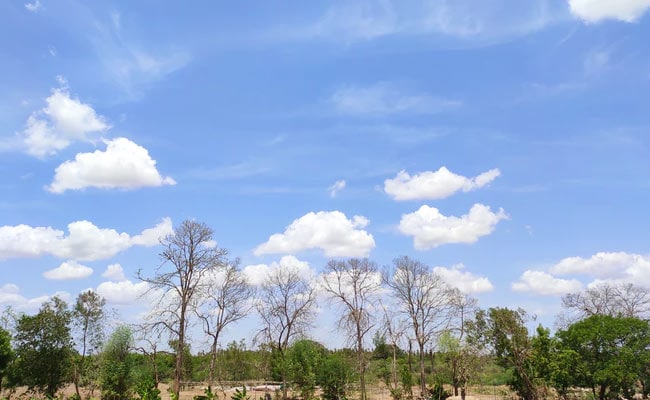 Mercury remained above normal limits in several parts of northern India, leading to a heatwave in some areas of Rajasthan today, even as the India Meteorological Department (IMD) announced the monsoon will hit the national capital in less than a week from now.

In some good news for the residents of Delhi, the India Meteorological Department today said the monsoon is likely to reach the national capital three to four days earlier than the usual date of June 27.

Kuldeep Srivastava, the head of the regional forecasting centre of the IMD, said that a cyclonic circulation over West Bengal and the neighbourhood will move towards southwest Uttar Pradesh by June 19 and June 20.

"It will help in further advancement of the monsoon in west Uttar Pradesh, some parts of Uttarakhand, northeast Rajasthan and eastern Haryana between June 22 and June 24," he said.

This means that the wind system will reach the national capital by June 22-23, which is three to four days earlier. The IMD has predicted normal rainfall (103 per cent) for northwest India this year.

Mr Srivastava said dry weather will prevail in Delhi on June 18 and June 19.

On Wednesday, most places in the city recorded the mercury above the 40 degrees Celsius-mark.

Heatwave conditions prevailed in parts of Rajasthan where Bikaner was the hottest place at 47.8 degrees Celsius.

Ganganagar, Churu, Jaisalmer, Jaipur and Kota recorded a maximum of 47, 46.3, 45.5, 44.4 and 43 degrees respectively while the day temperature in Barmer, Ajmer and Dabok was 42.4, 42.3 and 37.2 degrees, respectively. Isolated areas in eastern parts of the state received light rains.

Maximum temperatures hovered above normal limits in Haryana and Punjab with Hisar being the hottest place in the two states at 43.6 degrees Celsius, three notches above the normal maximum.

Amritsar, Ludhiana and Patiala in Punjab recorded above normal maximum temperatures of 41.8, 40.7 and 39.4 degree Celsius, respectively.

Chandigarh, the common capital of the two states, registered a high of 39.3 degrees Celsius, one notch up against normal limits.
According to the Met department forecast for Haryana and Punjab, a heat wave is likely at isolated places during the next two days in Punjab. Meanwhile, some parts of Bihar witnessed rain today.