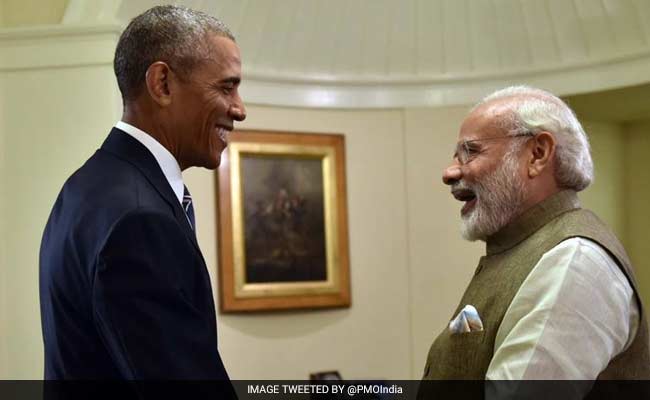 Washington: The Nuclear Power Corporation of India and US firm Westinghouse have agreed to begin engineering and site design work immediately for six nuclear power plant reactors in India and conclude contractual arrangements by June 2017, the White House said today.

Culminating a decade of partnership on civil nuclear issues, Prime Minister Narendra Modi and US President Barack Obama during their White House meeting "welcomed" the start of preparatory work on site in India for six AP1000 reactors to be built by Westinghouse, officials in Washington said.

The two leaders also noted the intention of India and the US Export-Import Bank to work together toward a competitive financing package for the project, the White House said.

Once completed, the project would be among the largest of its kind, fulfilling the promise of the US-India civil nuclear agreement and demonstrating a shared commitment to meet India's growing energy needs while reducing reliance on fossil fuels.

Mr Obama and PM Modi also welcomed the announcement by the Nuclear Power Corporation of India (NPCIL) and Westinghouse that engineering and site design work will begin immediately and the two sides will work toward finalising the contractual arrangements by June 2017, the White House said.

These reactors would bring clean energy to India and generate thousands of jobs in the US, Brian Deese, Senior Advisor to the US President, told reporters in a conference call.

The White House said the steps that the two governments have taken in the last two years through the US-India Contact Group, including by addressing the nuclear liability issue, inter alia, through India's ratification of the Convention on Supplementary Compensation for Nuclear Damage, have laid a strong foundation for a long-term partnership between US and Indian companies for building nuclear power plants in India.

"Wrap Up 4 Rounds Of Voting In A Day": Mamata Banerjee To Election Body