India had gone ahead with the USD 5 billion deal with Russia in 2018 despite threats of US sanctions from the then Trump administration. 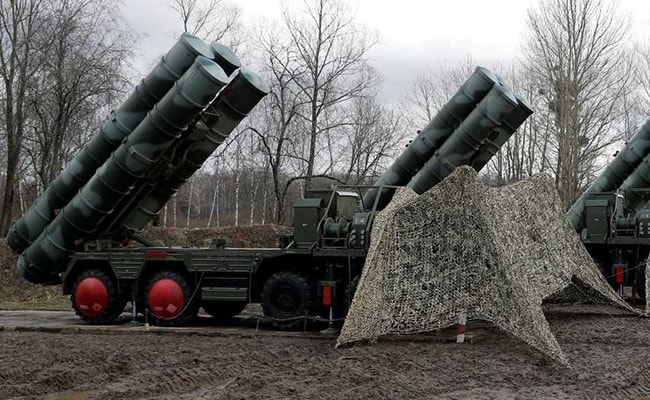 S-400 is known as the most advanced long-range surface-to-air missile defence system of Russia (FILE).

India will receive the first batch of the sophisticated S-400 anti-aircraft surface-to-air missile system from Russia in October-December this year, a top official of the Russian state arms exporter Rosoboronexport said on Thursday.

"Everything is going according to schedule," Rosoboronexport CEO Alexander Mikheyev told the Interfax news agency.

The first deliveries of S-400 anti-aircraft missile systems to India will take place in October-December this year, Mikheyev said.

The S-400 is known as Russia's most advanced long-range surface-to-air missile defence system. The "Triumf" interceptor-based missile system can destroy incoming hostile aircraft, missiles and even drones at ranges of up to 400 km.

Indian specialists have arrived in Russia and began training with the S-400 in January 2021, the agency said.

In October 2018, India had signed a USD 5 billion deal with Russia to buy five units of the S-400 air defence missile systems, notwithstanding warning from the then Trump administration that going ahead with the contract may trigger US sanctions under CAATSA.

Countering America's Adversaries Through Sanctions Act or CAATSA is a tough US law which authorises the administration to impose sanctions on countries that purchase major defence hardware from Russia in response to Russia's annexation of Crimea in 2014 and its alleged meddling in the 2016 US presidential elections.

In 2019, India made the first tranche of payment of around USD 800 million to Russia for the missile systems. The S-400 is known as Russia's most advanced long-range surface-to-air missile defence system.

In December, Russia had said that implementation of its ongoing defence deals with India including the supply of a batch of S-400 missile systems is advancing well notwithstanding the threat of US sanctions.