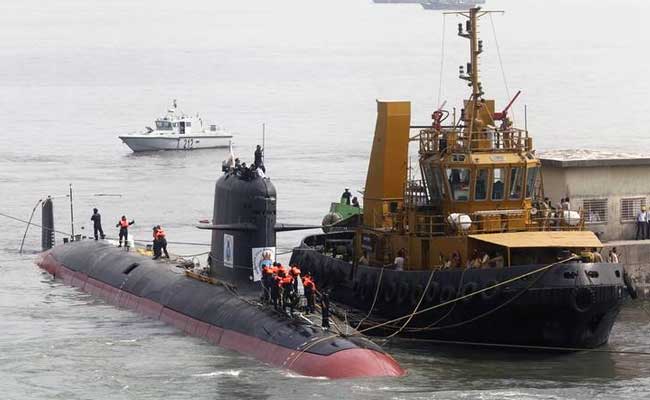 Scorpene-Class submarine Khanderi will now be sent for a series of trials.

Mumbai: India will launch the second Kalvari class submarine, named Khanderi, in Mumbai tomorrow. The ceremony at Mazgaon Dock, in which the submarine will be set afloat from the pontoons, will be attended by Union Minister of State for Defence Subhash Bhamre. This Scorpene-class submarine has superior stealth and can use guided weapons - torpedoes and tube-launched anti-ship missiles -- on enemy subs from surface or underwater. Besides warfare, its varied functions will include intelligence gathering, mine laying and area surveillance etc.

Here are the 10 facts in this big story: