India takes up case of child in foster care in US 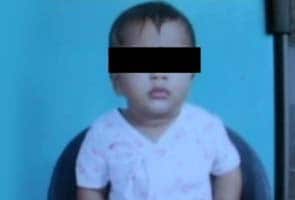 New York: Indian missions in the US have taken up with authorities the case of an Indian couple who have been denied custody of their child after he suffered head injuries in a fall.

US authorities took the one-year-old boy, Indrashish, under their care after the accident at the New Jersey home of an Indian engineer Debasish Saha, 28 on Aug 9. The child is currently in Children's Specialised Hospital, New Brunswick, New Jersey, according to the Consulate General of India in New York. Prior to this, he had undergone treatment at Goryeb Children's Hospital in Morristown, New Jersey.

The Indian mission here said Saha had conveyed to it the concern of the couple and other family members that the child has not yet been handed over to them. The consulate said it has also been informed of a case filed by the Division of Child Protection and Permanency, New Jersey, in the Morristown County Court.

The consulate said it has requested the US Department of State (Office of Foreign Missions) in New York to have the concerns of the parents addressed.

The Embassy of India in Washington has also taken up the matter with the US Department of State.

Promoted
Listen to the latest songs, only on JioSaavn.com
The matter came up before a New Jersey court Friday and it asked Saha to appear with a lawyer on Sep 14.
The court has asked Saha to suggest names of relatives who could be given the custody of the child.