India "Substantially Above Board" than China: Trump Jr On Doing Business 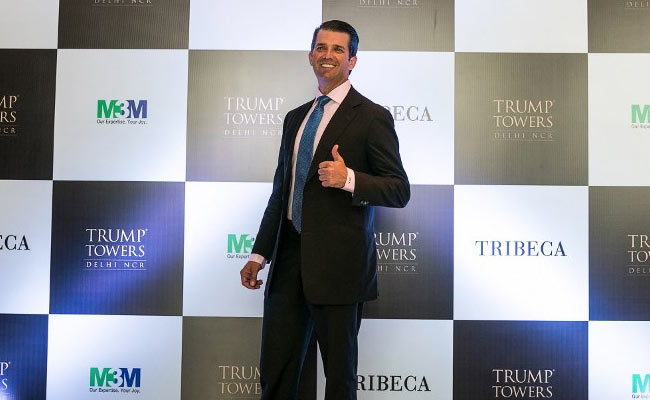 New Delhi: Donald Trump Junior, the eldest son of US President Donald Trump, today said India is "substantially above board" for business compared to China, and reforms underway will help attract investments to Asia's third-largest economy from countries as the US.

"As a businessman, I feel things here are substantially more above board," he said. "I think the mentality of the people is the same. I think there is probably little bit more honesty."

He was replying to a question during a meeting with reporters on why the Trump Organisation chose to build luxury apartments in India before China.

Trump Organisation has licensing pacts with local business partners, M3M and Tribeca Developers, for constructing 254 apartments in a price bracket of Rs 5.5 crore to Rs 11 crore with a total area ranging from 3,500-4,500 square feet at Gurugram, earlier called Gurgaon, on the outskirts of Delhi. The project is scheduled for completion in March 2023.

"For me, it has been, certainly been, easier to do business in India," Trump Junior said.

He will later this week share stage with Prime Minister Narendra Modi at a business summit. He said India represents the biggest market outside the US for the New York-based company.

"Because I am not a newcomer, I have seen changes during the last decade, certainly over the last couple of years," he said on how India's policy has changed over the years to fight corruption. The reforms undertaken in India, he said, "will be very positive for the country." 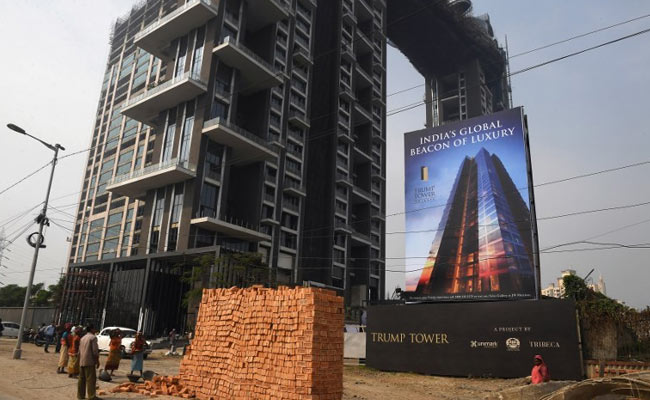 Trump Organisation has licensing pacts with local business partners for constructing 254 apartments in a price bracket of Rs 5.5 crore to Rs 11 crore (AFP)

"It will open up the country to much more outside investment from places like United States," Trump Junior said.

Since its entry into the Indian real estate market in 2014, four Trump Towers, with a total revenue potential of Rs 9,600 crore, have been launched across Pune, Mumbai, Gurugram and Kolkata. The fifth one, which is expected to be a commercial office project, is likely to be launched soon.

Trump Junior, however, declined to disclose the revenue model for the India business and what Trump Organisation would earn.

The Trump family earned as much as Rs 19 crore in royalties in 2016 from ventures in India, the New York Times reported citing the US President's financial disclosure report.

The Gurugram project will be the largest of the four, with two 47-storey towers housing a total of 254 "ultra luxury" units.

Promoted
Listen to the latest songs, only on JioSaavn.com
While the company is not seeking new business opportunities during the duration of Donald Trump's presidency to avoid conflict of interest, his son said the focus would remain on building only luxury and high-end apartments.

"We have been a high-end company since inception," Trump Junior said.