A diverse range of operational activities at sea have been planned during the course of the exercise. 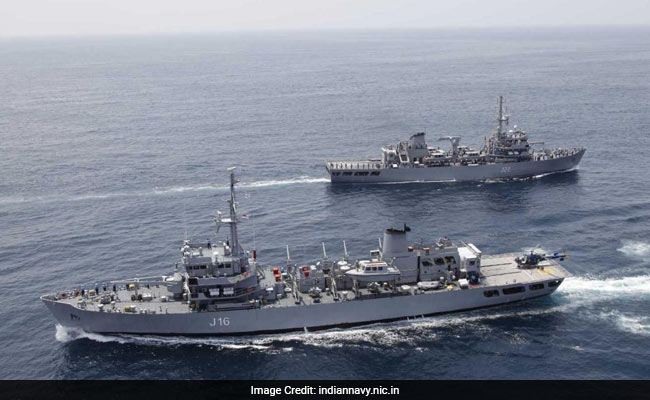 The annual exercise between the two countries has been held since 1994. (Representational image)

New Delhi: Navies of India and Singapore today began a seven-day-long mega maritime exercise in the South China Sea which has been witnessing a growing Chinese assertiveness.

Four warships of the Indian Navy and long range anti-submarine warfare aircraft P-8l are participating in the SIMBEX (Singapore-India Maritime Bilateral Exercise), which is aimed at increasing interoperability between the two navies.

A diverse range of operational activities at sea have been planned during the course of the exercise.

A number of warships of Singapore Navy are participating in the exercise along with maritime patrol aircraft Fokker F50 and F-16 aircraft.

Held since 1994, it is the 24th edition of the annual exercise between the two countries.

(This story has not been edited by NDTV staff and is auto-generated from a syndicated feed.)
Comments
South China SeaIndian navySIMBEX