New Delhi has taken offence to the grounds on which former CRPF officer Tejinder Singh Dhillon was refused entry to Canada. 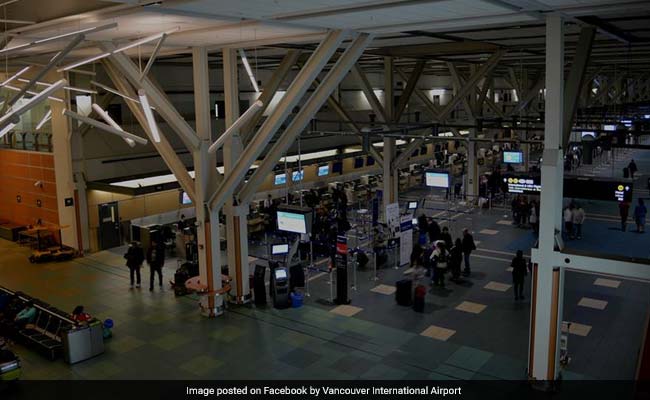 New Delhi: India has protested the Canadian government's refusal last week to let a retired Indian government officer enter the country because he had served in India's lead anti-insurgency force, the Central Reserve Police Force. Canadian immigration authorities told Tejinder Singh Dhillon that he was being turned from the Vancouver airport because he had served in a force that engages in "terrorism, systematic or gross human rights violations, or genocide".

Every country has the right to decide who to allow into the country. New Delhi has, however, taken offence to the grounds on which Mr Dhillon was refused entry. Because he was a top officer of the CRPF that had "committed widespread and systemic human rights abuses".

"Such a characterisation of a reputed force like the CRPF is completely unacceptable.  We have taken up the matter with the Government of Canada," a foreign ministry official said.

"I have been travelling to Canada for the past 30 years but this is the first time he (and his wife who was with him) faced such acute humiliation, insult and hurt," Mr Dhillon told NDTV. Mr Dhillon retired with the rank of inspector general of police from the CRPF in 2010; he was head of the CRPF's academy in the national capital's suburb Gurgaon.

This isn't the first time that the Canada has refused to let officers of the Indian security establishment into the country.

The last time that a denial of visas to serving and retired security officers had cast a shadow on relations between the two countries was in 2010. Outrage in New Delhi and the Indian community in Ottawa had prompted the Canadian foreign ministry to make a public statement on its highest regard for India's democratic institutions and processes and also respect for India's armed forces and related institutions.

Among those whose visas were denied by the Canadian High Commission in Delhi in May 2010 was an intelligence officer who was to oversee security for then Prime Minister Manmohan Singh's visit the next month.

When word about the refusal of visa got out, it transpired that Canada had been turning down visa applications from many retired officers of the Indian security establishment including the armed forces. In each case, the ground for refusal was linked to their job in the army, central police forces or the intelligence set-up
Comments
Tejinder Singh DhillonCRPFCRPF officer denied entry to CanadaIndia protests to Canada