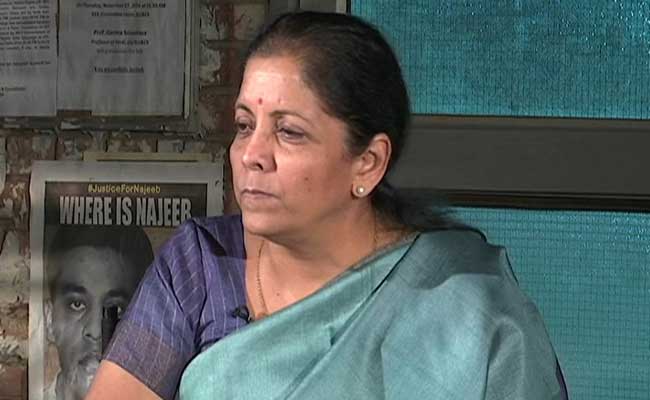 A team of officers has visited Geneva for talks on issues, Commerce Minister Nirmala Sitharaman said.

New Delhi: A team of officials has recently visited World Trade Organization (WTO) headquarters in Geneva for discussion on issues of India's interest, including the proposed trade facilitation pact in services.

The government has recently tabled a proposal at the WTO for an agreement on trade facilitation in services, Commerce and Industry Minister Nirmala Sitharaman said in a written reply to the Rajya Sabha.

"A team of capital-based officers has visited Geneva for discussion on issues of India's interest, including TFS (trade facilitation in services)," she said.

The trade facilitation in services or TFS proposal aims at liberalising rules for movement of professionals and other steps to reduce transaction costs to boost growth of the services sector.

India is pitching for this trade facilitation agreement in services as the sector contributes over 60 per cent to the GDP and 28 per cent to total employment.

The move is aimed at developing a broader framework governing global services in trade just like a TFA on goods.

TFS will focus on issues like liberalised visa regime, long-term visas for business community and freer movement of professionals for the greater benefit of both India and the world, among others.

To a separate question, she said the government has approved the proposal for redevelopment of Pragati Maidan into a world-class Integrated Exhibition-cum-Convention Centre at a total cost of Rs 2,254 crore.

She also said the India Trade Promotion Organisation (ITPO) will utilize Rs 1,200 crore out of its free reserves towards funding of the project.