India Naval Drills With US Get Bigger. But Some Info It Keeps Off-Limits

Not only are most of Indian Navy's ships Russian-made, but the government and military remain deeply reluctant to share data and open up sensitive military communications systems 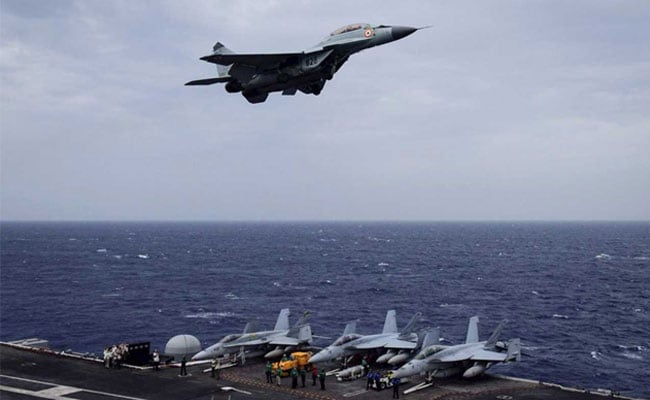 New Delhi: The Trump administration is pushing security ties between the United States, India, Japan and Australia, but the revival of the Asian "Quad" must overcome lingering mistrust in New Delhi towards its allies that hampers genuine military cooperation.

Joint naval drills have been at the heart of a relationship that analysts widely see as a move to counterbalance China's rising power by binding the region's leading democracies more closely together.

But while the navies of the United States, Japan and Australia can easily operate together -- based on common US-designed combat systems and data links -- India is the outlier.

Not only are most of its ships and warplanes Russian-made, but the government and military remain deeply reluctant to share data and open up sensitive military communications systems.

The United States has carried out more naval exercises with India than any other nation. But naval sources and experts say these are more about "cultural familiarisation" than drills for joint combat.

Because India will not sign an agreement on sharing data, naval exercises are conducted through voice and text commands with rudimentary SMS-style data exchange, Indian and Japanese military sources said.

"Think of it as directing your friend to your house in the 1980s. Your left may be his right, neither of you have situational awareness," said Abhijit Iyer-Mitra, a senior fellow at New Delhi's Institute of Peace and Conflict Studies who has tracked the military exercises.

"What the Americans want is 2017 -- drop a pin on Google maps and hit share. You know where your friend is and he knows where your house is and how to get to it."

The Defence Ministry did not respond to a request for a comment.

The so-called Quad to discuss and cooperate on security emerged briefly as an initiative a decade ago -- much to the annoyance of China -- and was revived recently, with an officials-level meeting this month on the sidelines of a regional gathering in Manila.

The Trump administration has talked up cooperation with India as part of efforts for a "free, open and thriving Indo-Pacific". Describing the Indian and Pacific Oceans as a "single strategic arena", US Secretary of State Rex Tillerson described India and the United States as regional "bookends".

To be sure, India and the United States have steadily been bringing more powerful ships into their annual "Malabar" drills that have been expanded to include Japan in recent years.

But a Japanese Maritime Self Defence Forces official said when Japan conducts drills with the Indian Navy, communication is done mostly through voice transmission. There is no satellite link that would allow the two navies to access information and share monitor displays in on-board command centres. 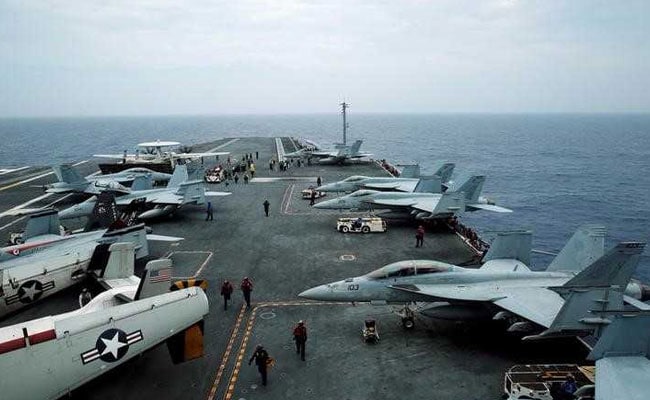 Navies of the US, Japan and Australia can easily operate together based on common combat systems (Reuters)

Communication is usually the most difficult aspect of any joint drill, he said.

The exercises are meant to lay the ground for joint patrols that the US eventually wants to conduct with India and its allies across the Indian Ocean and the Pacific.

US Marine Corps Lieutenant Colonel Christopher Logan, a Pentagon spokesman, said better interoperability was a goal of the exercises and noted that India's enhanced role as a major US defence partner would help boost the relationship.

"The designation of India as a major defence partner is significant and is intended to elevate defence trade and technology sharing with India to a level commensurate with that of our closest allies and partners," he said. "As this relationship matures so will the level of interoperability."

Last year, India signed a military logistics pact with the United States after a decade of wrangling, but two other agreements are stuck.

The United States says the Communication and Information Security Memorandum of Agreement (CISMOA) would allow it to supply India with encrypted communications equipment and systems. The Basic Exchange and Cooperation Agreement is the other pact that would set a framework through which the United States could share sensitive data to aid targeting and navigation with India.

India is concerned that agreeing to the CISMOA would open up its military communications to the United States, and even allow it to listen in on operations where Indian and US interests may not coincide -- such as against arch-rival Pakistan, military officials in New Delhi say.

Captain Gurpreet Khurana, executive director at the government-funded National Maritime Foundation, said India's underlying concern was having its autonomy constrained by binding its military into US codes and operating procedures.

Once, the Americans proposed a portable "suitcase" communications system called the CENTRIXS which could transmit full situational awareness data to Indian ships while the two navies practised together. India refused to allow it to be plugged in for the duration of the exercise, citing operational security, according to an Indian source briefed on the planning of the exercises.

Even the joint air exercises that the two countries are conducting as a follow-on to Malabar are severely restricted, the source said.

India sends its Russian-acquired Sukhoi-30MKI jets to the drills, but their radars and jammers are turned off.

David Shear, who served as Assistant Secretary of Defence for Asia under President Barack Obama, said US forces, particularly the Navy, were well aware of the interoperability constraints to interacting with India.

Promoted
Listen to the latest songs, only on JioSaavn.com
"They understand what the obstacles are and that this is going to be a long-term project," he said.