India May Measure Depth Of Himalayan Glaciers For Study On Water

The Himalayan glaciers are a major source of water for rivers originating from there. The Himalayan rivers are also a lifeline for the Indo-Gangetic plains, home to several million people. 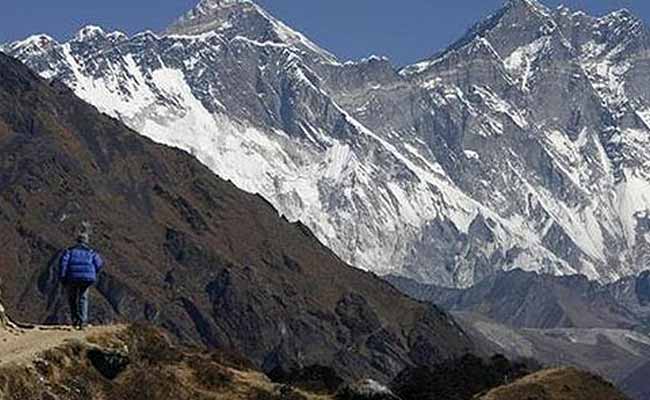 The project will start next summer, sometime in June-July, said, M Rajeevan. (File)

As global warming affects the Himalayas, the Ministry of Earth Sciences is planning to measure the depth of glaciers in the region to assess their volume and gauge the water available in them, officials said on Sunday.

The project will start next summer, sometime in June-July, said, M Rajeevan, the ministry's secretary.

Ravichandran, the Director of the National Centre for Polar and Ocean Research (NCPOR), which will execute the project, said the country's remote and high-altitude research centre, Himansh, is also studying the Himalayan climate.

The centre was established in 2016.

"The plan is to first study seven glaciers in the Chandra river basin," he said.

The Himalayan glaciers are a major source of water for rivers originating from there. The Himalayan rivers are also a lifeline for the Indo-Gangetic plains, home to several million people.

The NCPOR director said while the area of the glaciers is already known with the help of satellites, what needs to be known is the volume.

He said they will be using a radar technology that uses microwave signals. It can penetrate through the ice and reach the rocks, something which the satellite images cannot do. The signals, after reflecting on the rocks can help understand the depth.

"The US and the UK have the technology. So, we will be taking help of that technology," Ravichandran added.

At first, the plan is to use helicopters that will carry these radars. Once successful, subsequent studies would be carried out in the rest of the Himalayas.

Later, an aircraft or drone could be used depending on the radars for studying other glaciers, Ravichandran noted.