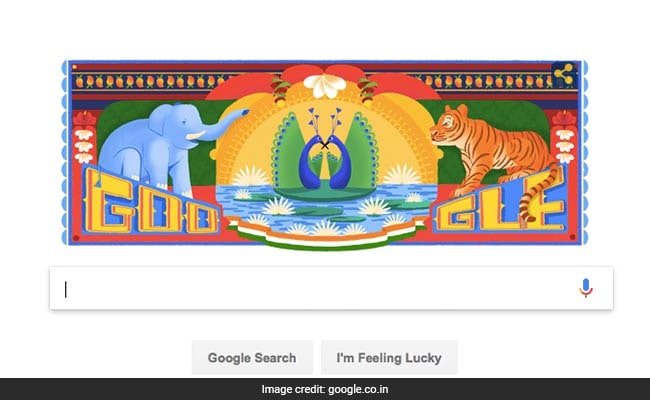 The doodle features a tiger, an elephant and two peacocks reflecting a typical truck art

On the Doodle, Google said, "Today's Doodle-featuring images of some of India's iconic colorful plantlife and mighty animals-was inspired by Indian truck art, a long-standing tradition in this four million square kilometer nation where truckers who live on the road surround themselves with cheerful folk art to occupy their minds during long months away from their families."

The doodle features a tiger, an elephant and two peacocks reflecting a typical truck art seen on the roads.

India's freedom struggle was a hard-fought one and Independence Day is the day to pledge and to protect the unity and integrity of our country.