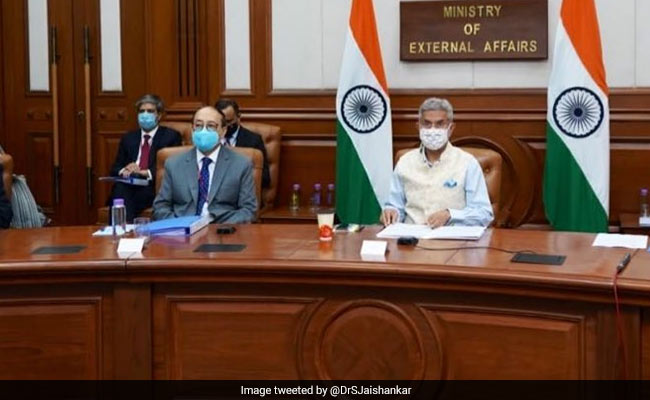 India took up the issue of cross-border terrorism in the informal meeting of SAARC Foreign Ministers which happened virtually on the sidelines of UNGA this year.

After the meeting, Foreign Minister S Jaishankar tweeted, "Cross-border terrorism, blocking connectivity and obstructing trade are three key challenges that SAARC must overcome. Only then will we see enduring peace, prosperity and security in our South Asia region".

External Affairs Ministry spokesperson Anurag Srivastava said Mr Jaishankar stated at the meeting that over the last 35 years, SAARC has made significant progress but efforts toward collective collaboration and prosperity have been hampered by acts of terrorism.

EAM said it was crucial to take a collective resolve to defeat the scourge of terrorism, including the forces that nurture, support and encourage it.

"At the SAARC Council of Ministers meeting today, EAM S Jaishankar said- Over the last 35 years, SAARC has made significant progress. But our efforts toward collective collaboration and prosperity have been hampered by acts of terrorism and threats to national security," Mr Srivastava said.

"Such an environment impedes our shared objective of realizing the full potential of our collective endeavour. It is therefore crucial that we collectively resolve to defeat the scourge of terrorism, including the forces that nurture, support and encourage it. This will generate the much needed trust and confidence to collectively build a stronger and prosperous SAARC, " he added.

India has maintained that talks and terror cannot go together has blamed Pakistan for stalling functioning of SAARC by blocking connectivity and sponsoring terrorism.

Foreign Ministers from Maldives, Bhutan, Sri Lanka and Afghanistan also took part in the virtual meet which was hosted by Nepal. Increased collaboration in the fight against COVID-19, connectivity and trade were also discussed in the meeting.