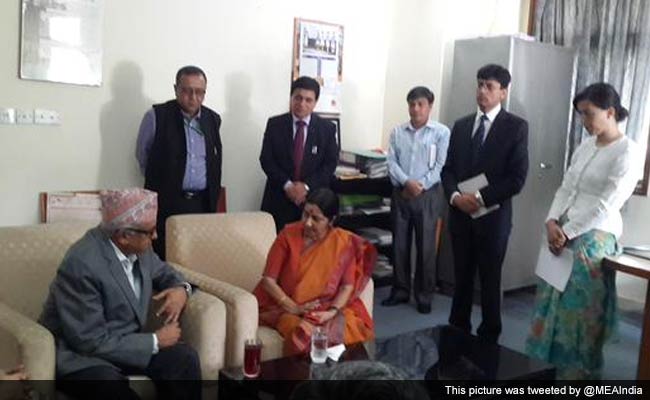 Kathmandu: India has said it would consider providing a new Line of Credit to Nepal for the construction of a 76-km long fast track road that connects the Himalayan country with the Indian border.

The Indian assurance of the soft loan came during the third bilateral LoC review meeting between the two sides.

"The Indian side assured the Nepali side that its proposal for a dedicated new Line of Credit for construction of the Kathmandu-Nijgarh fast track Road will be considered by the Indian government favourably," Indian Embassy in Kathmandu said in a statement yesterday.

The fast track road would connect Kathmandu to the country's south where a new international airport has been planned.

The amount for the new Line of Credit has not been decided yet.

"We have asked for a dedicated line of credit for the project without fixing any amount," said Marasini, adding that the loan amount will be fixed once the cost of the project and investment to be made by the government and the developers are determined.

The meeting reviewed the progress made on the projects under the 1$00 million, $250 million and $1 billion credit extended by India through Export Import Bank Of India.

Nepal army is undertaking the construction of the road touted as North-South Fast Track link after its foundation stone was laid on November 8 last year.

Both sides discussed the modalities for implementation of the Line of Credit pledged by India for the post-earthquake reconstruction of Nepal.

The Indian side looks forward to concrete proposals which can be considered for implementation under the assistance package announced by India in June, the statement said.

The two sides also decided to hold next Line of Credit Review Meeting in January next year in India.