Taiwan has sought trade talks with India for several years, but India has been reluctant to move ahead because it would involve a messy fight with China. 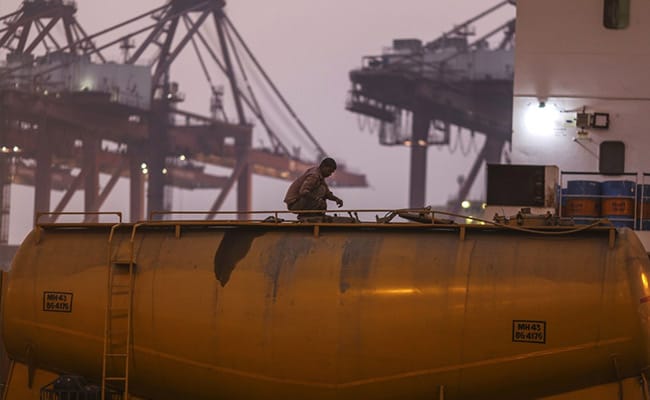 Support is growing within the union government to formally start talks on a trade deal with Taiwan.

Support is growing within the union government to formally start talks on a trade deal with Taiwan as both democracies see relations with China deteriorate.

Taiwan has sought trade talks with India for several years, but union government has been reluctant to move ahead because it would involve a messy fight with China once any pact is registered at the World Trade Organization, according to a senior government official who asked not be named, citing rules for speaking with the media.

Yet, over the past few months, the hawks in India who want to start trade talks are getting the upper hand, the official said. A trade deal with Taiwan would help India's goal of seeking greater investments in technology and electronics, the official said, adding that it's unclear when a final decision would be made on whether to start talks.

Any formal talks with India would amount to a big win for Taiwan, which has struggled to begin trade negotiations with most major economies due to pressure from China. Like most countries, India doesn't formally recognize Taiwan, with the two governments maintaining unofficial diplomatic missions in the form of "representative offices."

India and Taiwan in 2018 signed an updated bilateral investment agreement in a bid to further expand economic ties. Trade between them grew 18% to $7.2 billion in 2019, according to Department of Commerce.

President Tsai Ing-wen's administration has raised its profile in India in recent weeks after China issued a statement telling Indian media outlets not to refer to Taiwan as a country when reporting on its Oct. 10 National Day celebrations. Twitter users in India lambasted China and its ambassador to New Delhi, Sun Weidong, while heaping praise on Taiwan and making the hashtag #TaiwanNationalDay go viral.

Indian public sentiment toward China has fallen in the wake of deadly border clashes between the two neighbors starting in May. The union government has since banned dozens of Chinese apps including TikTok, while also speaking with Japan, Australia and the US about creating alternative supply chains to diversify away from China in the wake of the coronavirus pandemic. India has seen more than 7.5 million infections and 115,000 deaths from Covid-19.

That displeasure with China, as well as Taiwan's successful handling of the pandemic, is translating into a soft power opportunity for Tsai. Taiwan's 24 million have seen fewer than 600 infections and only seven deaths.

"We have to think about the way for democracies, for like-minded countries, to work further together," Taiwan foreign minister Joseph Wu said during an interview with India Today TV. "We have traditional good relations with the United States, with Japan, and we want to develop closer ties with India as well."

Ms Tsai, who was voted into a second term in a January landslide, has sought to capitalize on the wave of interest in Taiwan among Indians online. On October 11, she thanked Indian Twitter users who had sent national day greetings. Two days later she went viral again, posting photos of her visiting the Taj Mahal.

On October 15, Ms Tsai tweeted a photo of Indian food accompanied by a cup of masala chai, which some Twitter users saw as a possible reference to the so-called Milk Tea Alliance that has united activists from Taiwan, Hong Kong, Thailand and elsewhere against Chinese nationalism. All three tweets received more than 40,000 likes each and thousands of friendly messages from Indian accounts.

#Taiwan is lucky to be home to many Indian restaurants, & Taiwanese people love them. I always go for chana masala and naan, while #chai always takes me back to my travels in #India, and memories of a vibrant, diverse & colourful country. What are your favourite Indian dishes?" Ms Tsai had tweeted.

China's Communist Party, which claims Taiwan as its territory despite having never ruled it, has pushed back against the Tsai administration's overtures to India.

"We urge relevant Indian media to adhere to the correct position with regard to the significant core interests of China's sovereignty and territorial integrity," Ji Rong, a spokesperson for China's embassy in New Delhi, said in a statement on Friday. Indian media, Mr Ji continued, "should not provide 'Taiwan independence' forces a platform, so as to avoid sending the wrong message."

Sana Hashmi, a fellow at Taipei-based National Chengchi University and author of "China's Approach Towards Territorial Disputes: Lessons and Prospects," said it makes sense for India to align with Taiwan economically.

"Increasingly there seems to be an awareness not just among Indians but even in other nations about how China has dictated relationships in the region," said Ms Hashmi, who has penned op-eds in Taiwanese and Indian media encouraging closer ties between the two democracies. "And it's not like China is going to give any concessions to India or Taiwan for toeing its line."