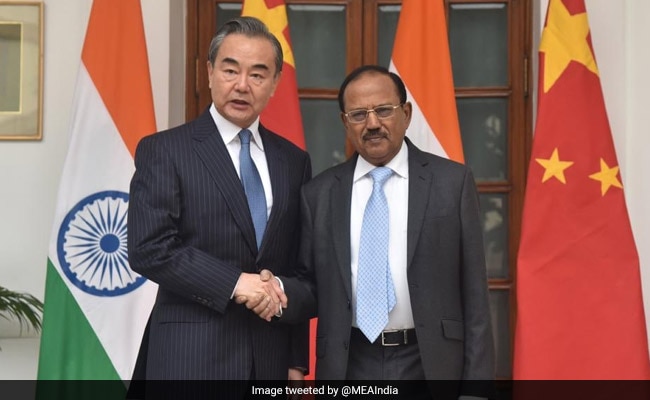 India and China on Saturday resolved to intensify efforts to achieve a "fair", "reasonable" and mutually acceptable solution to the vexed boundary issue and agreed that its early settlement will serve the fundamental interests of both countries.

There was a consensus during "constructive" border talks between Chinese Foreign Minister Wang Yi and National Security Adviser Ajit Doval that both sides should respect each other's sensitivities and concerns in order to build mutual trust, according to the External Affairs Ministry.

It said the two sides also underlined that the boundary question should be approached from the strategic perspective of India-China ties while agreeing that maintaining peace and tranquility along the border was important.

Both sides shared the view that stable and balanced development of India-China relations is a positive factor for peace and prosperity in the region and the world, the MEA said after the 22nd round of Sino-India boundary talks under the framework of Special Representatives'' dialogue.

Mr Doval and Mr Wang are the designated Special Representatives of the two countries for the boundary talks.

In the talks, the two sides also agreed to work together to roll out more confidence building measures along the border, in sync with decision taken during the second informal summit between Prime Minister Narendra Modi and Chinese President Xi Jinping in October.

"Both sides agreed that it is important to maintain peace and tranquility in the border areas for the overall development of the bilateral relationship, pending final settlement of the boundary question," the MEA said in a statement.

"In this context, they recognized the importance of existing Confidence Building Measures (CBMs) to promote exchanges and communication between the border personnel and to ensure predictability in border management as well as strategic communication," it said.

The MEA said the talks were constructive with focus on taking forward the closer developmental partnership between the two countries in accordance with the "guidance" of PM Modi and President Xi Jinping at the second informal summit in Chennai.

It said both sides also reviewed the progress made since the summit.

"The Special Representatives resolved to intensify their efforts to achieve a fair, reasonable and mutually acceptable solution to the India-China boundary question in accordance with the directives provided by PM Modi and President Xi Jinping," it added.

India To Receive A Share Of 8 Crores US Vaccines Through COVAX: Official