The Mutual Logistics Support Agreement (MLSA) will allow militaries of the two countries to use each other's bases for repair and replenishment of supplies besides facilitating scaling up of overall defence cooperation. India has already signed similar agreements with the US, France and Singapore. 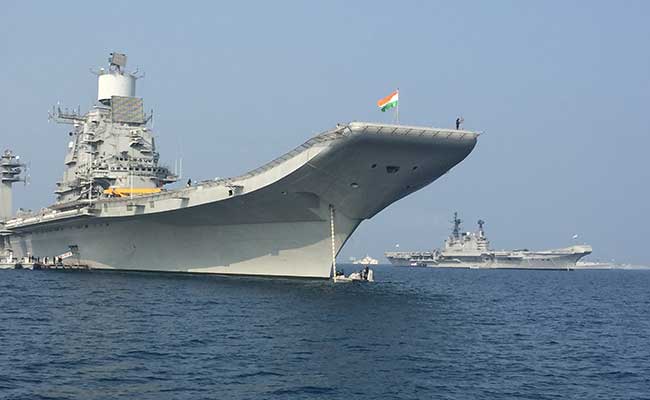 The Mutual Logistics Support Agreement (MLSA) will allow militaries of the two countries to use each other's bases for repair and replenishment of supplies besides facilitating scaling up of overall defence cooperation.

India has already signed similar agreements with the US, France and Singapore.

The other pacts will provide for bilateral cooperation in areas of cyber and cyber-enabled critical technology, mining and minerals, military technology, vocational education and water resources management.

In the talks, the two sides also deliberated on a host of key issues including dealing with growing threat of terrorism, maritime security challenges in the Indo-Pacific region, reform in the World Trade Organisation and ways to deal with the coronavirus crisis.

According to a joint statement issued after the PM Modi-Scott Morrison talks, both sides discussed the issue of taxation of offshore income of Indian firms through the use of the India-Australia Double Taxation Avoidance Agreement (DTAA) and sought early resolution of the issue.

It said both sides also decided to re-engage on a bilateral Comprehensive Economic Cooperation Agreement (CECA) while suitably considering earlier bilateral discussions where a mutually agreed way forward can be found.

The two countries recognised that terrorism remains a threat to peace and stability in the region and strongly condemned the menace in all its forms and manifestations, stressing that there can be no justification for acts of terror on any grounds whatsoever.

The joint statement said both sides support a comprehensive approach in combating terrorism, including by countering violent extremism, preventing radicalisation, disrupting financial support to terrorists and facilitating prosecution of those involved in acts of terror.

The two sides also called for early adoption of a Comprehensive Convention on International Terrorism (CCIT).

In his opening remarks, PM Modi also pitched for a coordinated and collaborative approach to come out of the adverse economic and social impact of the epidemic that has infected around 65 lakh people and killed 3.88 lakh globally.

He said a process of comprehensive reforms covering almost all areas has been initiated in India as his government viewed the coronavirus crisis as an "opportunity".

The Prime Minister described his talks with Prime Minister Morrison as "an outstanding discussion", covering the entire expanse of ties between the two strategic partners.

"Our government has decided to view this crisis as an opportunity. In India, a process of comprehensive reforms has been initiated in almost all areas. It will soon see results at the ground level," the Prime Minister said.

PM Modi also conveyed his appreciation to Prime Minister Morrison for taking care of the Indian community in Australia, especially the students during the "difficult time".

In his remarks, Prime Minister Morrison complemented PM Modi for his "constructive and very positive" role including at the G-20 role in pushing for a concerted global approach in dealing with the coronavirus crisis.

PM Modi said he believed that it is the "perfect time and perfect opportunity" to further strengthen the relationship between India and Australia.

"We have immense possibilities to make our friendship stronger," PM Modi said, adding: "How our relations become a 'factor of stability' for our region and for the world, how we work together for global good, all these aspects need to be considered."

The Prime Minister said India was committed to expand its relations with Australia on a wider and faster pace, noting that it is important not only for the two countries, but also for the Indo-Pacific region and the world.

"The role of our comprehensive strategic partnership will be more important in this period of global epidemic. The world needs a coordinated and collaborative approach to get out of the economic and social side effects of this epidemic," he said.