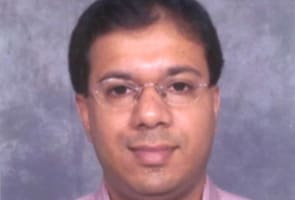 Source said the raids were carried out simultaneously at Miramar, near Panaji, Sakhalim and Old Goa where the minister has his offices. Raids were also conducted at the minister's home in Panaji.

Neither Vishwajit Rane, son of former Chief Minister Pratapsinh Rane, nor the Income tax officials were available for comments on the raids.