Liquor Is The Fine For All Crimes In This Jharkhand Village

In Jharkhand's Chalkari village, members of Birhor tribe pay country-made liquor as fine after the community court convicts them of a crime. 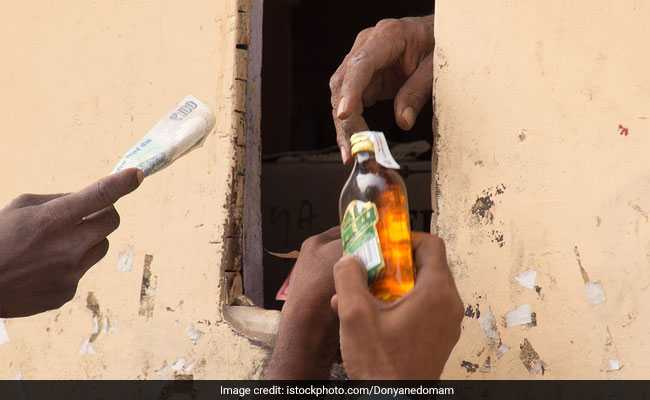 The quantum of punishment awarded to a person depends on nature of crime.

Last week, when Dalu Birhor fought with a neighbour, the head of their community held him guilty and fined him two bottles of Hariya (a locally brewed liquor).

A month ago, 18-year-old Rakha Birhor, too, had to cough up two hens and three Hariya bottles for stealing goods from a villager.

Welcome to Jharkhand's Chalkari village, where members of Birhor tribe pay country-made liquor as fine after the community court convicts them of a crime.

"The members of the Birhor community usually do not approach the district administration or courts for their fights. They solve it among themselves. Interestingly, no one challenges or defies the verdict of the community court," he said.

Taking pride in their traditions, Raka Birhor, one of the elderly tribe members, said the rules and norms of the community have helped them maintain peace and stability over the years.

The quantum of punishment awarded to a person depends on nature of crime, he said.

"If a person is held guilty for fight, he has to pay a fine of two bottles of Hariya. For theft, the number of
bottles could up to five and for serious crimes, it could go up to 10 bottles," he added.

Majhi Haram, the present community chief, stores the liquor bottles that are paid as fine for use at community feasts, usually organised thrice in a year, said Sukar Birhor, who along with the tribe head and three other members, settles community disputes.

"There is no need of police in our village. In the past 65 years, I have not seen any police officer entering our village. We are capable of solving our problems, so we do not go to them," he added.

Currently, there are around 70 families at Chalkari village in Topchachi police station area of Dhanbad district.

The villagers there have access to school and hospital among other facilities.

"I have been posted here for the past 1.5 years. Not complaint has been registered by or against any member of the Birhor community in this period," he said.

According to SK Mandal, a primary school teacher at Chalkhari, even tiffs between women are sorted by the elderly members of the community.

Talking about the rules of his society, Sukar Birhor said the community had banned hunting of wild animals a century ago.

"The central government passed the Wildlife Protection Act only in 1972, but the Birhor community of Chalkari had imposed a ban on wildlife killing ages ago. For killing a jackle or a jungle cat, a fine of two bottles of liquor is imposed on a member, for a leopard, it is usually 10 bottles," he explained.

Hariya, a country-made liquor, is prepared at tribal homes with rice, water and jungle herbs.

"It is routine drink and a symbol of prestige for the tribal community," said Ramesh Tudu, Dhanbad district president of Jharkhand Mukti Morcha.

"Almost every family in the tribal belt prepares Hariya at home. They serve it to guests in pots. The Birhor families do not sell the liquor as they prepare it in small quantities," Mr Tudu added.