In Rajasthan Schools, Students To Hear Sermons Of Saints Every Month

The stories of saints would be read out to the students by teachers or headmaster and this move, Rajasthan Education Minister Vasudev Devnani said, will "help impart moral values to the students". 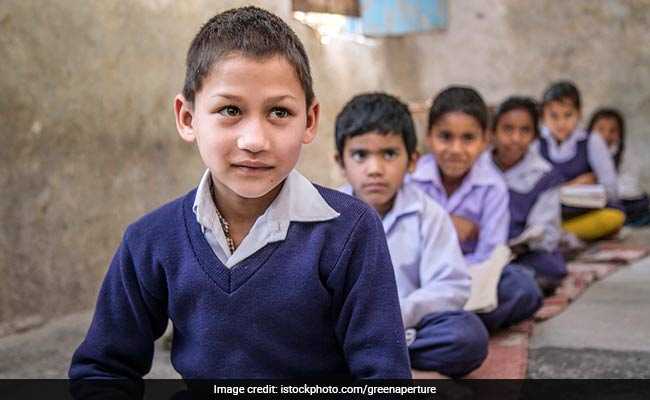 In Rajasthan school, Saturdays would be dedicated to extra-curricular activities.

Jaipur: In Rajasthan's government schools, Saturdays will now be dedicated to mandatory extra-curricular activities on "Indian culture", which will include reading up on national icons, quizzes, drama and patriotic songs. While most of these are practiced in schools from time to time, the government is introducing a new element - religious studies.

This will comprise readings from sermons of various saints, which would be read out to the students by teachers or the head of the institution. State Education Minister Vasudev Devnani feels it will "help impart moral values to the students".

"We plan programmes related to Indian culture every Saturday. These stories would inspire them to become good human beings and good citizens," he told reporters today.

The co-curricular activities would be made mandatory in all government schools affiliated to the state board of education. A government order has already been sent to the schools, said a senior government officer.

There will be a formal schedule - with each activity having its particular day and time. The third Saturday will be dedicated to theological studies.

Promoted
Listen to the latest songs, only on JioSaavn.com
On fourth Saturday, a quiz programme will be held. On the fifth Saturday, plays on moral values will be enacted, and on the sixth Saturday, students will be made to sing patriotic songs.

Earlier this year, the state government had faced criticism after it was reported that it has asked all government schools to teach about the government's achievements from a booklet that would be distributed in every school. Education Minister Devnani later said there was no such plan.
Comments
RajasthanVasudev Devnani