PM Narendra Modi in his speech on Independence Day made it clear that he has rerouted his policy on Pak.

New Delhi: Prime Minister Narendra Modi's speech on Independence Day made it clear that he has completely rerouted his policy on Pakistan with aggressive comments referring to Pakistan's human rights abuses in its large province of Balochistan as well as Pakistan-Occupied Kashmir.

Mr Modi said the people of those areas have thanked him for drawing attention to their troubles, a reference to his warning last week that if Pakistan continues instigating the violence that has seared the Kashmir Valley for over a month, India will be compelled to expose Islamabad's many wrongdoings in regions fighting terror and atrocities by its security forces.

The PM's comments about Pakistan were placed at the end of a lengthy speech he delivered in the traditional address on August 15 from the ramparts of the Red Fort. "They glorify terrorists who attack us," he said, recalling that India "cried with sorrow" when nearly 130 children were killed in a ruthless massacre by the Taliban in Peshawar two years ago. 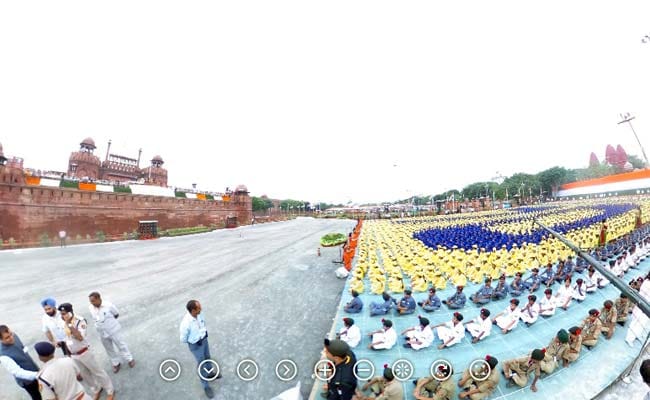 360-degree view of Red Fort, venue of PM Modi's speech
In the evening, Pakistan reacted to the Prime Minister's remarks, saying it proved "RAW (Indian intelligence agency) was fomenting trouble in Balochistan". "India is a large country, but not automatically a great country.. PM Modi is trying to divert world attention from the tragedy in Kashmir," read a statement from Pakistan's foreign ministry.

Mr Modi's third Independence Day speech as Prime Minister comes as the government is struggling to curtail the violence that erupted in the Kashmir Valley after 22-year-old terrorist Burhan Wani was killed on July 8 by security forces.

In recent years, Wani had emerged as a top recruiter for the Hizbul Mujahideen, the largest terror group in Kashmir. With frequent posts on Facebook that showed him in fatigues and with weapons seized from security troops, Wani leveraged the seething dissatisfaction of the youth in the state to glamorise militancy.

The daily clashes between huge mobs and security forces since then have killed nearly 60 people and left at least 5,000 injured, many of them security personnel. The curfew in Kashmir has extended over an unprecedented five weeks. India has blamed Pakistan for instigating the violence, both through terrorists sent across the border as well as its state agencies. The Pakistani government has eulogized Wani as a martyr and encouraged huge marches to protest against his killing while describing the unrest in Kashmir as "a freedom movement".

Those developments have forced an abrupt end to the initiative taken by Mr Modi to improve relations with Pakistan. His outreach has involved an unscheduled stopover in December while returning home from Afghanistan, and phone calls to wish his Pakistani counterpart Nawaz Sharif on the Muslim festival of Eid.

Earlier this month, despite the plunging relations with Pakistan, Home Minister Rajnath Singh flew to Islamabad to attend a summit of SAARC, a regional organization with eight South Asian countries.

Mr Singh's trip was suffused with tension. Pakistan allowed high-profile terrorists to hold protest marches near the venue of the conference, and the Pakistani premier made inciting remarks about Kashmir. The Home Minister warned Pakistan against the perils of lionizing terrorists in a speech that drew controversy over allegations that it was "blacked out" by Pakistan because it was not broadcast.
Comments
Prime Minister Narendra ModiBalochistanPakistan-occupied KashmirIndependance DayPM Independence Day Speech