In Maharashtra, A Tornado-Like Storm Caught On Camera

A tornado-like weather phenomena was captured on camera in Maharashtra 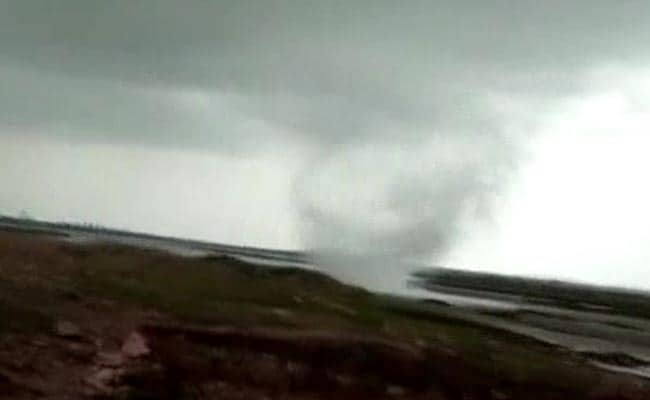 Funnel shaped, spiraling column of air, like a tornado was observed in a village in Maharashtra

Pune: Did this village in Maharashtra witness a tornado? A video that has gone viral shows a sinister spiraling column of air moving upwards from the ground in Ramalla village in Pune on June 8.

A tornado-like situation was observed that was captured on camera. "First time a tornado was recorded officially in Maharashtra," an investigation by Center for Citizen Science said.

A three member team of CCS, lead by senior meteorologist Dr JR Kulkarni, analysed the phenomena by visiting the location within the 24-hour limit of the event. The team interviewed more than 10 eyewitnesses and gathered information about the duration, path and the intensity of the weather phenomena. The team also collected pictures and videos taken by eyewitness.

The CCS scientists, after primary analysis say, the duration of tornado was 90-120 seconds, covering a radius of 800 to 1000 metres. Anything in the path of the tornado like metal covers of motor pumps and tin roofs of cattle shelters were flown away but no damage to property was reported.

After the funnel shaped wind column subsided there was intense rainfall said the CCS team, and over 100 mm of rain was recorded in an hour or so.

Dr Kulkarni's team said the tornado could be put at F0, on the Fugita scale of F0 to F5, that measures tornadoes, based on damage to life and property.

Tornadoes or twisters as they are often called are common in the United States, Australia, South America, some parts of Africa and southeast Asia. Tornadoes are not uncommon in neighbouring Bangladesh after the monsoon season. One of the worst recorded in the country was in 1989, when over 1300 people were killed in Daulatpur and Manikgunj districts near Dhaka.
Comments
TornadoMaharashtra village