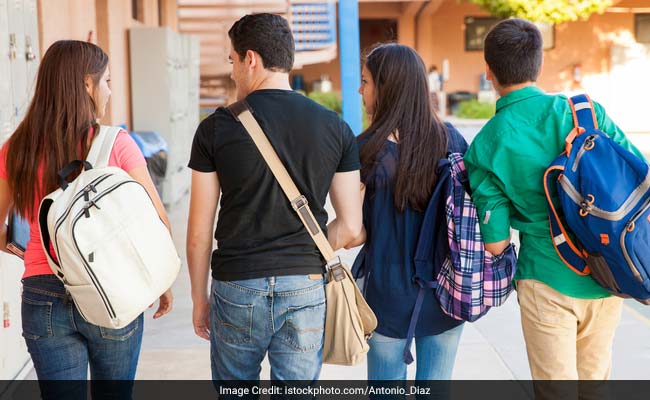 Rahul Kolli was all set to head to the U.S. for a Master's degree in data science with admission to Michigan Technological University and a 2.7 million rupee ($42,000) student loan in place.

Then Donald Trump was elected president and promised a crackdown on work visas that he says undercut salaries for Americans. Kolli has since changed tack and is instead going to the University of Dublin in Ireland, where he says the total cost would be half of what he'd budgeted for in the U.S. and where he plans to work after his studies.

For 27-year-old SAP consultant Rohit Madhav, it's recent attacks on people of Indian ethnicity in America that made his parents cautious about his higher-education plans. They've asked him to widen his search beyond the U.S. -- to Canada, New Zealand and local institutions as well, he said.

Such concerns are driving a decline in applications at some U.S. universities as Indians reconsider what has long been their first choice for overseas study, fueled by the success of immigrants like Sun Microsystems Inc. Co-Founder Vinod Khosla and Google Inc. Chief Executive Officer Sundar Pichai. Now, safety and doubts about a path to employment are being weighed instead as the Trump administration begins to reform the H-1B foreign worker visa program that's used more by people from India than any other nationality.

"The recent spate of racists attacks on Indians is fearsome," said Mumbai-based Madhav, who plans to pursue a management degree and fund his studies with a loan. "If I stay back in the U.S. for work, then I can repay the loan amount in two-to-three years. But, if I come back to India for work then it may take me seven-to-eight years."

A path to employment is crucial for the many Indians who count on a mix of loans, scholarships and family savings to fund their overseas degrees. At a record 165,918, they formed the second-largest group of international students on U.S. campuses in 2015-16, according to a report from the Institute of International Education.

Foreign students in the U.S. can do up to a year of practical training, extendable by those with qualifications in certain science, technology, engineering or math fields. More than three-quarters of Indians pursue such degrees, according to IIE, giving them a better chance of finding full-time jobs and getting one of a limited number of H-1B visas issued each year.

During his presidential campaign, Trump called the H-1B a "cheap labor program."

The visa program modifications "will be what will drive changes in the pattern of enrollment with international students in the United States," Timothy Brunold, dean of admission at the University of Southern California, Los Angeles, said by phone March 6. "The question in our mind is very much next year or subsequent years. May be students will start looking elsewhere and planning in different directions due to the uncertainty."

Given the focus on skills, the greater impact to date has been on applications from India to undergraduate programs. Twenty-six percent of institutions in a recent poll reported a decline from India at that level, while 15 percent have seen a fall at the graduate level, according to a survey of more than 250 U.S. higher education providers by the American Association of Collegiate Registrars and Admissions Officers and partner organizations.

Akshay Kumar Varanasi is in his final year of an engineering degree at the Indian Institute of Technology, Madras. An attack in Kansas -- which left an Indian engineer dead and his friend wounded -- has scared his parents, he said, though they "cannot say no to me going to the U.S."

A perception that the U.S. is becoming a racist country where Indians aren't welcome would be a serious concern for campuses trying to attract international students, said Karan Gupta, who runs a student advisory service in Mumbai. There's no indication of that now and one can't judge the country by the acts of a few, he said.

For Gupta, whose Mumbai-based Karan Gupta Consulting advises close to 1,000 students a year, only those focused on working overseas are considering alternatives to the U.S. Ninety percent of his clients still plan to study there, he said.

Promoted
Listen to the latest songs, only on JioSaavn.com
"Even if the policies do change, you can't lose with a good education," he said. "You can't argue with getting into a Harvard or Cornell."