The woman flew to UAE earlier this month and converted to Islam. She has rubbished reports that she has been abducted and coerced into joining a terrorist group. 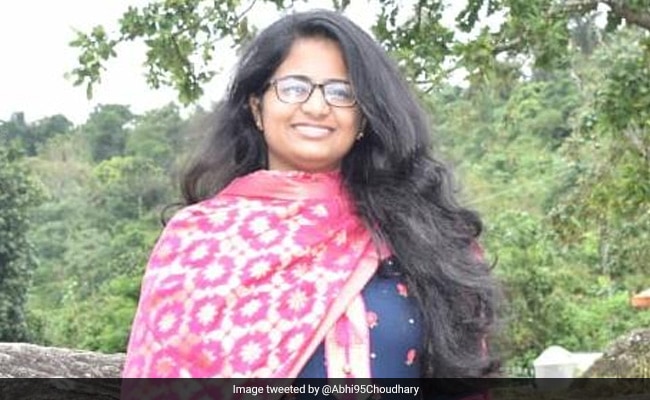 Ciyani Benny has converted to Islam and is now known as Aisha.

A 19-year-old Christian girl studying in Delhi, who flew to Abu Dhabi, UAE, earlier this month and converted to Islam, has rubbished reports that she has been abducted and coerced into joining a terrorist group, adding that she came to the UAE "for love."

"This is not true. I have found my true calling and have come to Abu Dhabi of my own free will. No one forced me. I am an adult citizen of India and can make my own decision," Ciyani Benny, now known as Aisha, told Gulf News on Sunday.

Following her departure from India, Ms Aisha's parents, originally from Kozhikode, Kerala, had filed a missing report alongside a police complaint saying that their daughter has been kidnapped.

A final year under-graduate student at the Jesus and Mary College, Ms Aisha attended classes until on September 18.

However, the same day, she took a flight to Abu Dhabi to marry an Abu Dhabi-based Indian man she became friends with on social media about nine months ago.

On Saturday, she issued a statement saying that she had embraced Islam in Abu Dhabi Court on September 24 of her own free will.

"I have accepted this religion and would ensure that I would live with the same faith," she added.

In her statement, she urged the Indian government to take action against those spreading the "fake news" that she has been "abducted or is part of a terrorist group".

Ms Aisha said her parents, including his brother have left for Abu Dhabi to meet her.

"I have told them I am not going back. I want to get married to live in the UAE," she told Gulf News on Sunday.