In 2019, BJP's Two Defeats And Shrinking Hold On State-Level Politics

Seven months ago the BJP returned to power at the centre with an even bigger majority than 2014 and few would have bet against them sweeping Haryana, Maharashtra and Jharkhand too 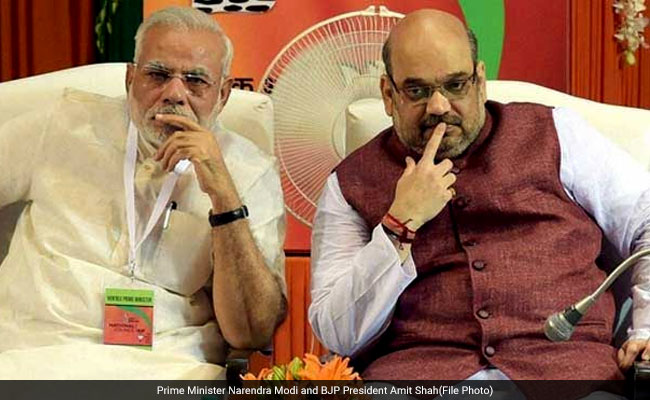 The BJP slipped to defeat in Jharkhand Assembly elections on Monday, losing its second state of 2019 to an alliance of the JMM, the Congress and the RJD. Prime Minister Narendra Modi's party was expected to record a comfortable victory but fell well short of the majority mark of 41, winning only 25 - down 12 from 2014 - while JMM-Congress-RJD claimed 47 seats, an increase of 22. PM Modi and Home Minister Amit Shah congratulated the opposition and said they would respect the people's mandate.

Seven months ago, the BJP returned to power at the centre with an even bigger majority than the 2014 and few would have bet against them retaining Maharashtra, Haryana and Jharkhand, states they won quite comfortably. However, not everything has gone to plan.

The BJP has suffered a string of reverses last year as the Congress wrested control of Rajasthan, Madhya Pradesh and Chhattisgarh. The party lost Maharashtra this year after falling out with long-time ally Shiv Sena.

The BJP has lost seats in each state that voted this year. In Maharashtra they went from 122 in 2014 to 105 this year. In Haryana the party lost seven seats and in Jharkhand they lost 12.

By contrast the Congress has recorded increases - they went from 42 to 44 in Maharashtra, won 16 extra seats in Haryana and have gone from 6 to 16 in Jharkhand.

The losses also come in states the BJP performed well in general elections; they won 41 of 48 seats in Maharashtra, swept Haryana and claimed 12 of 14 in Jharkhand.

The BJP came to power in Karnataka, where it had won 26 of 28 Lok Sabha seats, but at the cost of controversy, with a furious opposition alleging Amit Shah engineered the defection of 17 Congress-Janata Dal (Secular) MLAs that triggered the coalition's fall.

These defeats come at an unwelcome time for the BJP, which is battling nationwide protests over the citizenship law. At least eight Chief Ministers have already declared they will challenge its implementation. Hemant Soren, the JMM-Congress's chief ministerial candidate, has indicated Jharkhand will join that list.