"If Government Wants My Participation...": Kangana Ranaut On Elections

Kangana Ranaut, who is from Manali, said it will be a matter of pride for her if she gets the opportunity to work for the betterment of people of her home state Himachal Pradesh 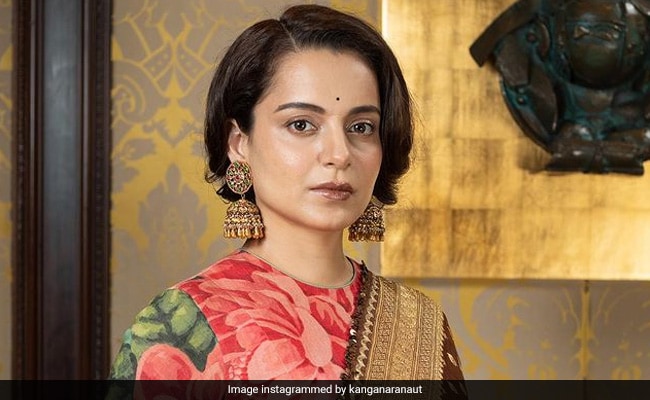 Earlier this month, Kangana Ranaut had said she has no plans to enter politics

Film star Kangana Ranaut on Saturday said she wants to serve the people of Himachal Pradesh in any possible capacity, even if it requires her to join politics.

The actor, who hails from Manali, said it will be a matter of pride for her if she gets the opportunity to work for the betterment of the people of her home state.

"Whatever will be the situation... If the government wants my participation, then I will be very much open to all kinds of participation... It will be my honour if the people of Himachal Pradesh give me a chance to serve them. So, definitely, it will be my good luck," Kangana, 35, said.

The National Award-winning actor was speaking at the Panchayat Aajtak Himachal Pradesh event in Shimla ahead of the Assembly polls in the state on November 12. The counting will take place on December 8.

Earlier this month, Kangana had said that she has no plans to enter into politics professionally as she remains focused on her film career.

During the event, the "Manikarnika" actor was also asked about the latest Twitter takeover by American billionaire Elon Musk and if she would like to return to the platform in near future.

Kangana's account was suspended by the microblogging site in May last year for repeated violations of rules, specifically its "hateful conduct and abusive behaviour" policy.

"I was there on Twitter for one year and Twitter couldn't tolerate me for even a year... I have completed one year on Instagram in May and I have already received three warnings. So I said I will not use Instagram. My team has taken over and now everything is good. Nobody has a problem with it.

"If I come back on Twitter, then people's lives will become sensational and my life will become problematic because cases are filed against me in different states. I'm happy that I'm not there on Twitter. But if my account is revived, then definitely... you will get a lot of 'masala'," said the actor.

During her time on Twitter, Kangana was known for her often inflammatory statements on issues like anti-CAA protests and farmers' agitation.

Calling Twitter an "argumentative" medium, the actor said debates often escalate into fights on social media and she finds it "entertaining".

"On Twitter, an issue is discussed throughout the day. On top of it, there are various other people who join the debate. It becomes 'this wing vs that wing'. Then it becomes even more entertaining.

"I used to do it in the spirit of fun, to tease people. At times, things would turn serious because you have touched upon sensitive things. But it happened occasionally. I didn't do it to upset people," she said.