I Was "Bullied" By Government: Former Censor Board Chief Pahlaj Nihalani

"To how many committees is Bhansali answerable? And where does this end?" Pahlaj Nihalani said, reacting to the "Padmavati" controversy. 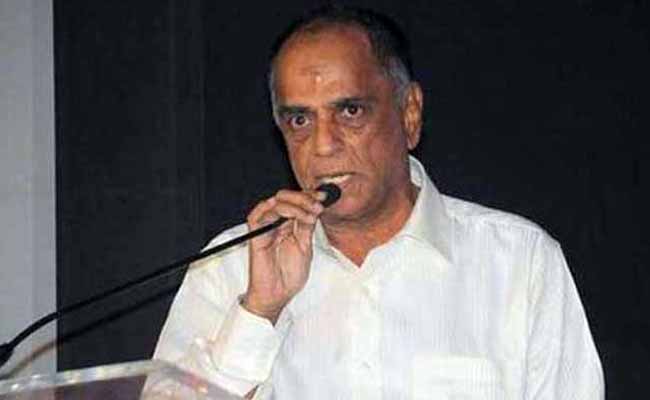 Mumbai: Former CBFC Chairperson and producer Pahlaj Nihalani is shocked by a parliamentary committee's decision to question director Sanjay Leela Bhansali on "Padmavati" before the censor board can view the film. He claimed the Ministry of Information and Broadcasting had also "bullied" him during his tenure.

"By all means, the parliamentary committee has every right to question Bhansali or any other filmmaker. But only after the Central Board of Film Certification views and certifies the film.

"By questioning him before the censor certificate, you are challenging the authority of the CBFC as the final arbitrary body to decide the fate of a film," said Mr Nihalani.

Mr Nihalani feels the CBFC seems to have lost its authority. "During my tenure, I was bullied by the I&B Ministry into taking decisions.

"Now it's a free-for all. Any and every governing body can question a film. Where does that leave the CBFC?"

As for "Padmavati", Mr Nihalani wonders where the film's persecution stops. "To how many committees is Bhansali answerable? And where does this end?

"Why is one of India's best filmmakers being made to explain himself over and over again? And why is the CBFC not taking steps to clear the air once and for all," questioned Mr Nihalani, whose own tenure as the CBFC chief was dogged by controversies.
Comments
Pahlaj NihalaniPadmavati ControversyCensor Board