I have to protect American jobs: Obama on outsourcing 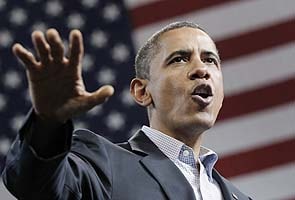 Washington: President Barack Obama indicated that he was unlikely to accommodate India's concerns about his policy of discouraging outsourcing of US jobs, saying it was his responsibility to support jobs and opportunity for the American people.

Obama, who has recently spoken against outsourcing of American jobs to countries like India and offered tax breaks for those creating jobs in the US, was asked whether he would address concerns in India where this is seen as a restrictive policy.

"As President, I have a responsibility to support jobs and opportunity for the American people, and I believe the US-India economic relationship can and should be a 'win-win' relationship for both of our countries," he told PTI.


He said his administration is "focused on America's economic recovery, investing in America's future, creating and keeping jobs in the United States, increasing our exports and providing incentives and creating conditions under which businesses can grow and prosper."

Making out a case for free access to American companies in India, the President said, "Our market is open to products, services and investment from around the world. We believe other countries, including India, should give US companies the same access to their markets that we give."

He made no reference to any specific sectors but the Americans have been pushing for greater access in financial and retail sectors.

Obama said the US has realised that its economy "cannot recover and grow" without growth in other places.

"India has world-class companies, many of which are creating and supporting tens of thousands of jobs in the United States, and my administration wishes to encourage more such investment," he said.