Police said that the two accused had visited at least two pubs before the accident. The car was moving at a very high speed when it hit the migrants, who worked at a hospital and were returning home, in Banjara Hills. 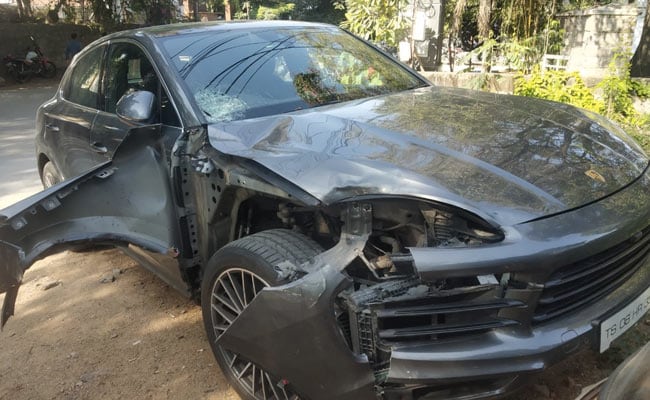 The Porsche was being driven by a realtor, who was allegedly drunk. (Representational)

Two migrants, from Uttar Pradesh and Odisha, died on the spot when a Porsche ran over them in Hyderabad's Banjara Hills.

Police have arrested a realtor Rohit Goud, 29, and his friend Sai Suman Reddy, 23, for culpable homicide not amounting to murder. The police say that Goud was driving the car under the influence of alcohol.

Police said that the two accused had visited at least two pubs before the accident. Goud tested 70 mg/dl on the alcohol meter, while the permissible level is 30 mg/dl.

The car was moving at a very high speed when it hit the migrants, who worked at a hospital and were returning home, in Banjara Hills.

They fled the scene and parked the car in an apartment complex, police said. A constable and home guard noticed the damaged Porsche when they were fleeing the scene and followed it. Subsequently, police traced Goud through the vehicle number and arrested him.

In another accident, a 36-year-old man and his 27-year-old wife died after the two-wheeler they were travelling was hit by a four-wheeler near Gandipet, police said.

"Both the man and his wife were returning home on a scooter in the wrong route when a four-wheeler hit them resulting in bleeding injuries to the couple and they were shifted to a private hospital but the duty doctors declared them brought dead," another police official told PTI.

The accused, Sanjeev, was taking his child to the hospital and was allegedly drunk, according to the police.

In a separate incident, two doctors were arrested by Madhapur police in a case of rash driving after they injured four people who were crossing a road near Inorbit Mall. One of the accused, Nikhil Reddy, has been caught for violating traffic rules six times, five of which pertain to overspeeding.