Telangana's cultural heritage will be showcased to party delegates arriving from all parts of the country with performances of the state's traditional dance forms, besides an exhibition on the state's history. 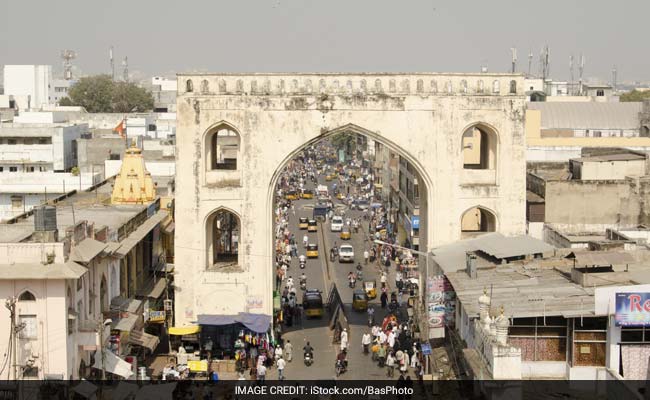 The Telangana capital is decked up for the BJP's two-day national executive meeting from Saturday, with the who's who of the saffron party set to descend on this southern state for the crucial meeting at the Hyderabad International Convention Centre (HICC) that has come under a tight security cover.

The vicinity at HICC was painted saffron, even as the BJP has installed banners and promotional material at vantage points in the city. Hyderbad will host the top leaders of the party including Prime Minister Narendra Modi.

Fancying its chances to challenge the ruling Telangana Rashtra Samiti (TRS) party in the 2023 Assembly polls, the BJP's state unit is all set to showcase the Telangana heritage and culture, including satiating the taste buds of the visiting dignitaries with lip-smacking local cuisine.

Telangana's cultural heritage will be showcased to party delegates arriving from all parts of the country with performances of the state's traditional dance forms, besides an exhibition on the state's history.

The delegates will be treated to Telangana's ancient dance form Perini Sivathandavam, while Bharatanatyam and Kuchipudi will be conducted during the event, BJP sources said. A replica of the famed 'Kakatiya Thoranam', the historical arch representing the Kakatiya dynasty in Warangal, has been installed at the HICC.

BJP President J P Nadda arrived in the city Friday evening and held a road show on the way to the venue, HICC.

While J P Nadda and a number of key leaders from other states have already arrived in the state, Modi would reach the city on Saturday. The build-up for the National Executive, the first physical meeting of the BJP's crucial decision-making body outside New Delhi after a gap of five years, has been on for the last couple of days with party leaders from other states fanning out across the assembly constituencies in Telangana.

"Prime Minister will be staying here for two days. Every session will reflect Telangana culture. It will be seen by the delegates who are coming from all over the world," BJP General Secretaty Tarun Chugh, incharge of party affairs in Telangana, told reporters.

Telangana and Hyderabad are filled with positive atmosphere in view of the event, he said.

Key leaders interacted with party cadre and undertook events like night halt in the homes of activists.

Besides urging the cadre to attend the public meeting to be addressed by Modi on July 3 after the conclusion of national executive meetings, the visiting leaders are expected to have taken the views of the party activists.

Meanwhile, an elaborate security blanket has been thrown around the HICC in view of the presence of a number of top leaders, including PM Modi.

The city police is also making massive arrangements for the public meeting, to be held at Parade Ground in the city, which is likely to witness the attendance of lakhs of people.

Hyderabad Police Commissioner C V Anand, who took stock of the arrangements for the public meeting at the ground, said about 3,000 police personnel from Hyderabad city and other districts, besides TSSP (Telangana state special police) would be on duty.

The elite police personnel of Telangana, the Greyhounds and Octopus, would also be deployed, he said.

Karnataka Bans Gatherings In Shivamogga After Clash Over Savarkar Poster