Hundreds Sign Up For Delhi Race As It Battles Coronavirus Surge, Pollution

Ethiopia's Yalemzerf Yehualaw, who won a bronze last month at the women's World Athletics half marathon championships in Poland, is among those who will run the Airtel Delhi Half Marathon 2020. 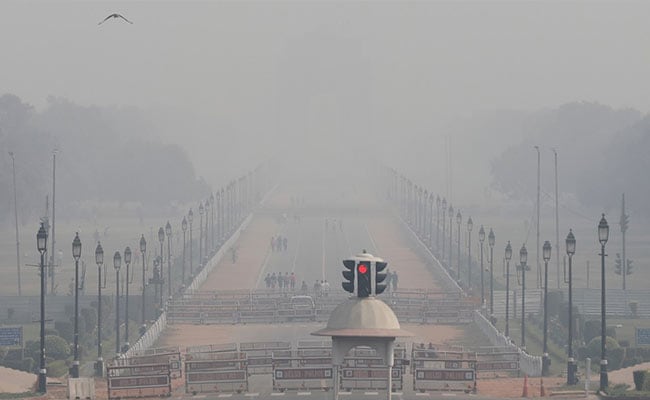 Some of the world's leading long-distance runners and hundreds of others will take part in a half-marathon and shorter races this month in New Delhi, the organiser said on Wednesday, despite concerns over the Indian capital's toxic air.

Ethiopia's Yalemzerf Yehualaw, who won a bronze last month at the women's World Athletics half marathon championships in Poland, is among those who will run the Airtel Delhi Half Marathon 2020 on Nov. 29.

Ethiopian pair Tsehay Gemechu and Andamlak Belihu, the defending champions, will both be aiming for a third successive victory in Delhi's half marathon.

Several hundred other running enthusiasts will run at routes of their choosing for the 10-km and 5-km races between Nov. 25 and Nov. 29, using a mobile app to post race timings, organisers said.

"Participation this year will be from a convenient location, wherever you are," said a press release from organiser Procam International.

This month, Delhi's air quality was its worst for the year, with the concentration of deadly PM 2.5 particulate matter rising to 30 times the World Health Organization's safe limit. On Wednesday, the index was in a rare "moderate" category after a brief spell of rain.

The national capital is also grappling with a surge in coronavirus infections this month fuelled by large crowds at religious festivals.

Doctors slammed the holding of a marathon in such a situation.

"When the pollution levels are high, when it is colder and there is a COVID pandemic, I think it is totally irresponsible to hold a marathon and give people a false sense of security," said RV Asokan, the honorary secretary-general of the Indian Medical Association that represents 350,000 doctors.

"The Airtel Delhi Half Marathon will follow the highest level of safety-standards, with bio-secure zones to ensure a COVID-19 free race for the elite runners," the organisers said.