Soon after news of the CBI raids spread via mobile phone and social media, RJD leaders including ministers, legislators, workers and supporters gathered outside his sprawling 10, Circular Road official residence. 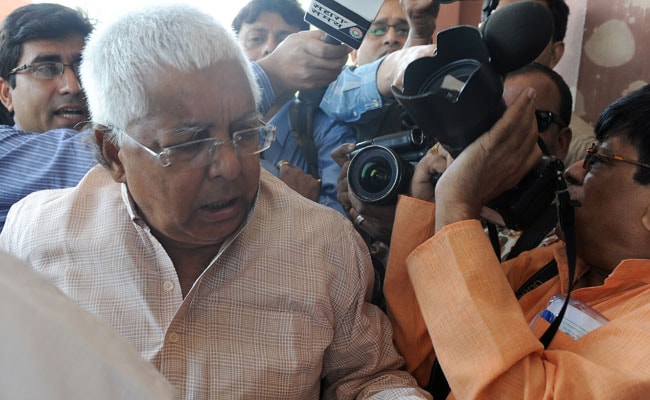 Patna: Hundreds of RJD leaders and workers gathered outside the house of party chief Lalu Yadav after the CBI raids on his residence in Patna on Friday, forcing the local administration to block roads leading to the house and deploy a large number of security forces.

Soon after news of the Central Bureau of Investigation (CBI) raids spread via mobile phone and social media, Rashtriya Janata Dal (RJD) leaders including ministers, legislators, workers and supporters gathered outside his sprawling 10, Circular Road official residence. Lalu Yadav and his wife Rabri Devi, along with their two sons - Tej Pratap and Tejashwi Yadav - both ministers in the Bihar government, live there.

With a team of CBI inside busy searching the premises since early morning on Friday, the police headquarters directed that the two roads leading to their residence be blocked. "Two roads near the Lalu-Rabri residence were blocked after instructions from police headquarters," a police official said.

Police also asked a gathering of RJD leaders and workers not to stand near the big green iron gate of Lalu Yadav's residence in the high security zone, which is not far from 1, Anne Marg, the official residence of Chief Minister Nitish Kumar.

According to sources in the RJD, Rabri Devi along with younger son Tejashwi Yadav, the Bihar Deputy Chief Minister, and elder son Tej Pratap Yadav, Bihar Health Minister, were inside at the time of the CBI raid.

The CBI has registered a case against Lalu Yadav, his wife and former Chief Minister, son Tejashwi, former Indian Railway Catering and Tourism Corporation (IRCTC) Managing Director and the wife of Lalu Yadav's confidante Prem Chand Gupta, on allegations of awarding tender for development, maintenance and operation of BNR hotels in Ranchi and Puri in 2006.

Promoted
Listen to the latest songs, only on JioSaavn.com
Lalu Yadav was the Railway Minister between 2004-2009.

At the time of the CBI raid, Lalu Yadav was in Ranchi in Jharkhand to appear before a CBI court in connection with a fodder scam.