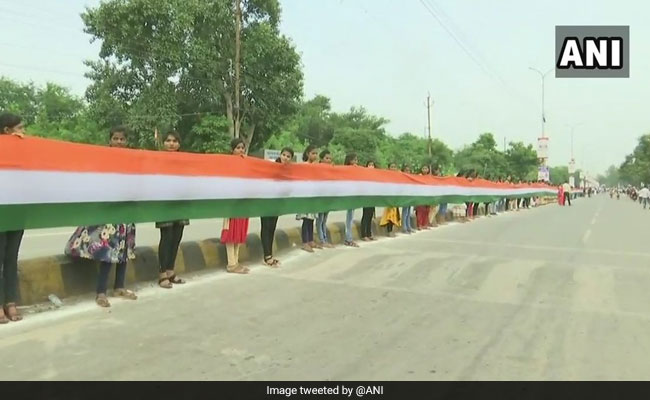 Thousands of students and members of several social organisations unfurled a 15-km long national flag by forming a human chain in Chhattisgarh's capital Raipur on Sunday, ahead of Independence Day.

Thousands of people, including those belonging to 35 social organisations across the state, and students from various schools created a human chain while holding the 15-km long tricolour from Amapara Chowk to Pandit Ravishankar Shukla University, it said.

In the valedictory ceremony of the event, Chief Minister Bhupesh Baghel felicitated the families of soldiers who died in the battle, it said.

At the end of the programme, representatives of the Champions Book of World Records made the announcement of world record and handed over the certificate to the organiser, the statement said.