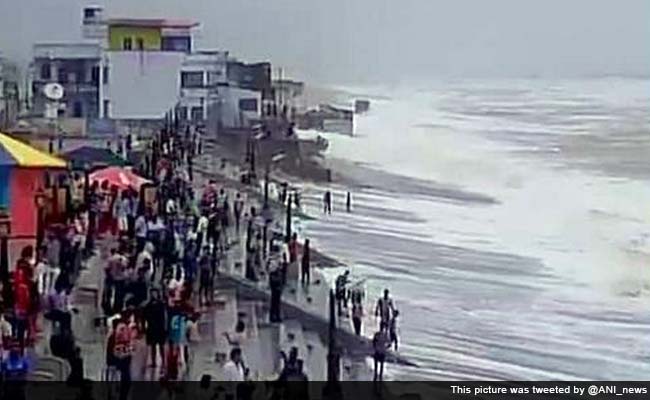 Hours before the cyclone made landfall, wind speed rose to 140 km per hour.

New Delhi: Parts of Andhra Pradesh and Odisha - areas where Cyclone Hudhud is expected to hit - have been effectively cut off from the rest of the country.

Since yesterday, 52 trains and all flights to and from the two states have been cancelled.With trees and electric poles falling, the National Highway 16 is blocked. Power lines have been deliberately snapped.

"We do not want even a single casualty. Our passengers' safety is foremost in our agenda," JP Mishra, CPRO, East Coast Railway has said.

The Odisha government has stopped bus service in five districts - Ganjam, Gajapati, Rayagada, Nabarangpur and parts of Kalahandi. The private bus operators have also been asked not to operate their buses.