How Dogs Get Trained To Accompany Special Forces In Risky Operations

Dogs have been inducted into several law enforcement and paramilitary personnel squads as they help to search for drugs and explosives and locate missing people. 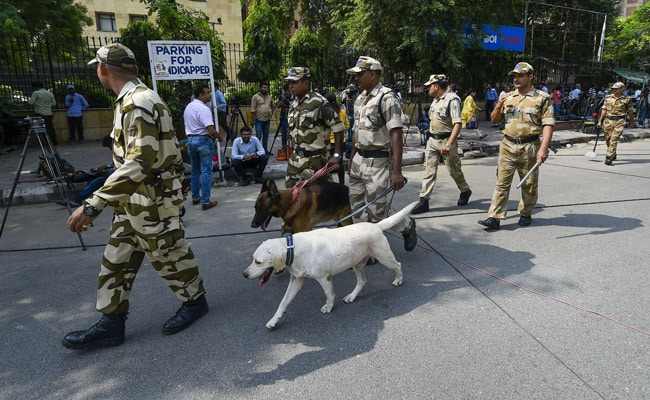 Security forces prefer dog breeds with sleek bodies that can walk up to miles in any operation. (PTI)

It is indeed true that a dog is man's best friend! The canine is a saviour when its owner is in danger or when it accompanies a special force during a risky operation.

In the past several years, dogs have been inducted into several law enforcement and paramilitary personnel squads as they help to search for drugs and explosives, locating missing people, finding crime scene evidence, and attacking people who targetted by their adversaries.

In CRPF's Dog Breeding and Training School at Taralu village in Bengaluru, dogs of various breeds such as Belgian Shepherd, German Shepherd and Labradors undergo a rigorous training programme to be inducted into the force's canine squad.

Touching upon the training provided to the dogs, he explained, "We focus on identity detection, assault and tracking. This is one discipline that we have. The other is identity detection, infantry patrol and assault. These are two different types of training modules we have. We are using our dogs for multitasking. We can train any dog for sniffing substances like narcotics or mobile phones in jails."

"We are using positive reinforcement training which is one of the most preferred dog training methods. In other dog schools, it's mostly on punishment and food refusal. Here, we harness the prey drive of the dog which is a natural instinct," he added.

The CRPF dog school was established in December 2011 in Bengaluru and till now 553 dogs have been trained and deployed in the field.

Asked whether the institute is training other dog breeds, Kumar said, "We are training German Shepherds and Labradors also which is a field requirement where these dogs don''t have to walk for longer distances."

DIG ML Ravindra, principal of the CRPF Dog Breeding and Training School, echoing similar sentiments, explained why Belgian Shepherds are so sought after by special forces and enforcement agencies across the world.

"Till 2011, our main breeds were German Shepherds and Labradors. But the problem with the two breeds is they are not very rugged. They feel tired after going for four to five kilometres. We thought we should go for another breed which is rugged and can walk for 20 to 30 kilometres...Initially, we imported 15 Belgian Shepherd dogs from Belgium and started training and breeding them," he explained.

He said that the Belgian Shepherd is talented and can adapt to multitasking, be it sniffing, tracking or assault.

"We conduct jungle camps for dogs. This is done for four weeks. They have to know the geographical terrain and actual war terrain. Dogs will stay in tents with their handlers. They will eat the same food that their handlers will eat. They will cover the same distance where constables are going," Ravindra said.