How Can We Take Money Back From Durga Puja Committees: Mamata Banerjee 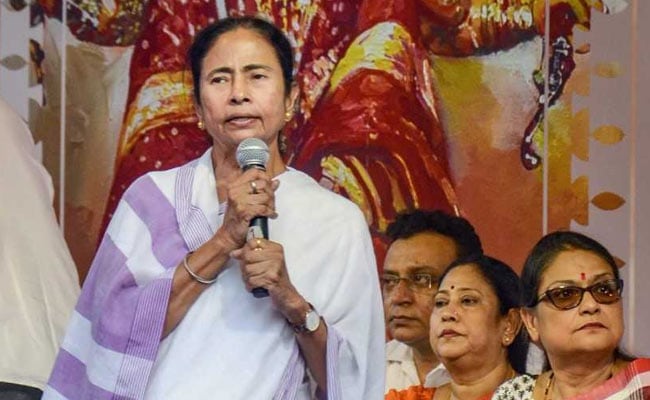 Mamata Banerjee said she feared that "evil forces" might try to instigate riots during the Puja.

West Bengal Chief Minister Mamata Banerjee Friday wondered how the funds already distributed to Durga Puja committees would be taken back, after the Calcutta High Court asked her government to put on hold the allocation of money till Tuesday.

In an interim order, the high court earlier Friday asked the state government if there is any guideline, since a huge amount is involved, and stayed the distribution of funds till Tuesday.

"We have full respect for the court. But we have already given the money (to Puja committees). How will we take the money back," she told reporters at a press conference.

The state BJP leadership welcomed the high court order, and said the state government is indulging in "dole politics" to win Hindu votes ahead of Lok Sabha elections.

"We welcome the court order. What the state government is doing is nothing but dole politics. Earlier also, with an eye on Muslim votes the government had announced allowances for Imams. Now, this has been done to pacify Hindus with an eye on Hindu votes. But we all must remember that India is a secular country and we cant preach such kind of politics," BJP state president Dilip Ghosh said.

Ms Banerjee, while addressing a press conference after party's Core Committee meet, feared that "evil forces" might try to instigate riots during the Puja.

"I would appeal to everyone to maintain peace and harmony during the Puja. Don't step into any sort of provocation. Instigating riots is a culture of BJP," she said.

The chief minister accused the RSS, the BJP and the Bajrang Dal of trying to foment trouble in Islampur area of North Dinajpur district, where two students were shot dead during a clash with police last month.