The National Medical Commission (NMC) Bill, which was tabled in parliament on Friday, seeks to replace the MCI and also proposes allowing practitioners of alternative medicines, such as homeopathy and ayurveda, practise allopathy after completing a "bridge course". 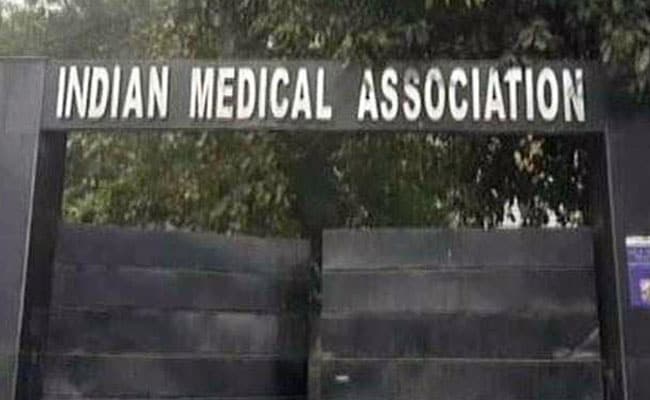 New Delhi: Healthcare services at many private hospitals in the country are likely to be hit today as the Indian Medical Association has called for suspending routine services for 12 hours to protest a bill seeking to replace the Medical Council of India (MCI) with a new body.

Services at outpatient departments (OPDs) of many private hospitals may be hit by the protest, but emergency and critical services will remain open.

The National Medical Commission (NMC) Bill, which was tabled in parliament on Friday, seeks to replace the MCI and also proposes allowing practitioners of alternative medicines, such as homeopathy and ayurveda, practise allopathy after completing a "bridge course".

The bill is likely to come up for discussion in parliament today.

The Ministry of Health issued an advisory to all government hospitals to ensure a hassle-free delivery of patient care services today in light of the strike.

The Indian Medical Association (IMA), which has been strongly opposing the NMC bill saying it will "cripple" the functioning of medical professionals by making them completely answerable to the bureaucracy and non-medical administrators, has declared today a "Black Day".

"The NMC Bill in the present form is not acceptable. This Bill is anti-poor, anti-people, non representative, undemocratic and anti-federal in character. The IMA headquarter hereby declares closure of all routine services for 12 hours from 6 AM to 6 PM today across the country," newly-appointed IMA national president Dr Ravi Wankhedkar said.

The Delhi Medical Association (DMA) is supporting the IMA's protest and has called upon all private and corporate hospitals in the national capital to keep their OPD services closed.

IMA members also held a meeting with the Union Health minister JP Nadda and conveyed their concerns over the Bill.

Dr KK Aggarwal, the former president of the IMA, said they have already written to Prime Minister Narendra Modi and the health minister urging them to redraft the Bill and rectify some of its provisions to protect the interest of the medical practitioners.

He said the provision which allows AYUSH graduates to practise modern medicine after completing a bridge course will promote quackery.

The NMC bill proposes replacing the Medical Council of India with a new body and "possibly" Section 15 of the IMC Act, which says that the basic qualification to practise modern medicine is MBBS, Dr Aggarwal said.

"It (the bill) takes away the voting right of every doctor in India to elect their medical council," he said.

"The Medical Council of India is a representative body of the medical profession in India. Any registered medical practitioner in the country can contest the election and every qualified doctor can vote.

"Abolishing a democratic institution and replacing it with a body in which a majority is nominated by the government, is certainly a retrograde step," Dr Aggarwal said.

He further said the draft bill, in its current form, allows private medical colleges to charge at will, nullifying whatever solace the NEET brought.

The Bill proposes constitution of four autonomous boards entrusted with conducting undergraduate and postgraduate education, assessment and rating of medical institutions and registration of practitioners under the National Medical Commission.

The commission will have a government-nominated chairman and members, and the board members will be selected by a search committee under the Cabinet Secretary, it says.
Comments
National Medical Commission BillIndian Medical Association protest