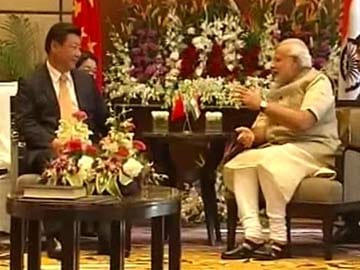 It also made a pitch for restart of border talks at an early date.

The party sought to highlight the gradual progress of discussions with China since 2005 as "a word of caution for the drum-beaters and propagandists of the Prime Minister and the BJP that they should stop saying repeatedly that this is happening for the first time in India".

Talking about India-China ties, Congress spokesperson Anand Sharma said "there are concerns, I am sure the Prime Minister and his government in the current manner will discuss and register in the interest of what has been agreed in the guiding principles (agreed to in 2005)".

He said there are five guiding principles for settlement of border issues and maintaining peace and tranquility at the border.

Interestingly, China figured in a booklet released by the party today highlighting the "failure" of Modi government in its first 100 days.

Promoted
Listen to the latest songs, only on JioSaavn.com
On the issue of ceasefire violations, the booklet said "while China continued to walk into Indian territory at will, a shocking statement was made by the Government that China has made no intrusion in the past five years...Is the government giving legitimacy to the Chinese? Did the electorate vote for a government that could not protect the territorial integrity of India and is now seeking to legitimise Chinese claims over Indian territory?"